'Guddan Tumse Na Ho Payega' has come to an end with its last episode airing on Jan 26, 2021. Nishant Singh Malkhani has shared a video to commemorate the same 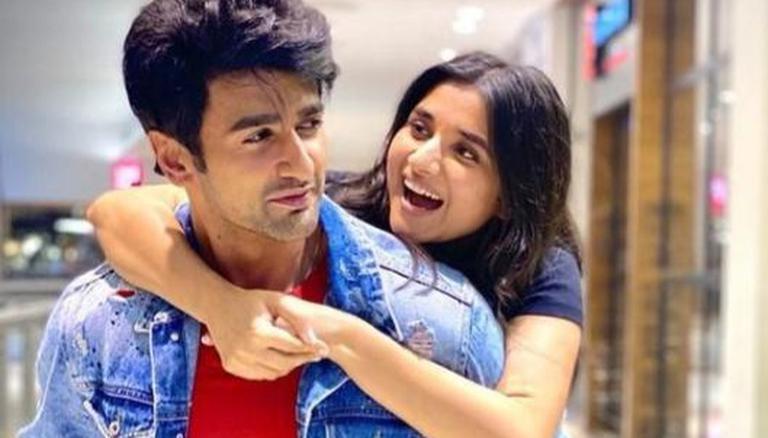 Television actor Nishant Singh Malkhani's performance as Akshat in Guddan Tumse Na Ho Payega was loved by the audiences. The viewers were in awe of Akshat and Guddan, played by Kanik Mann's romantic pairing. But the fans of the show are heartbroken as the serial is set to go off air this month. Nishant Singh Malkhani has uploaded a video on his Instagram to share his character Akshat and Guddan's romantic moments as he bid adieu to the role. Scroll to see the video.

Also read | Cardi B Goes On A Twitter Rant About Her Acne; Kehlani Comes To The Rescue; Details Inside

Nishant Singh Malkhani took to his Instagram handle to share a video compilation made by his fan page which featured the romantic moments between Guddan Tumse Na Ho Payega's lead characters Akshat and Guddan. In the background of the video, the song Hossana from Ekk Deewana Thaa is heard to be playing. In the caution of the video, Nishant wrote, 'Sweet adieu to my loving show #GuddanTumseNaHoPayega. Your Akshat signing off...'. As soon as the video by Nishant was uploaded, his fans and followers went all out to comment on all the sweet things about his character. Several of his fans have commented how they much they will miss Akshat and Guddan on-screen while many have commented using the red heart emojis. See their reactions here: 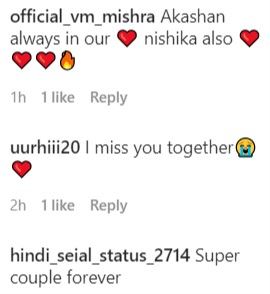 Guddan Tumse Na Ho Payega's last episode aired on January 26, 2021. The episode ended with Pushpa confessing all her crimes in front of Guddan and the latter forgiving her. Choti also admitted that Agastya has professed his love for her. Upon hearing this, Guddan gives her blessings to both of them.

Nishant Singh Malkhani first starred Miley Jab Hum Tum in the character of Adhiraj Singh. He then went on to star in Ram Milaayi Jodi and Sasural Genda Phool wherein he appeared in a cameo role. He made his Bollywood debut with Horror Story and later went on to star in Bezubaan Ishq as well. He also was a part of the Alt Balaji web series Ragini MMS: Returns. He had appeared as a guest on Jhalak Dikhala Jaa season 9 to support Salman Yusuf Khan.