Hina Khan’s fan shared an Instagram post of the actress that featured a collage of her Naagin look and her doll replica. She reposted the picture.

On July 30, television actress Hina Khan took to Instagram to share a picture of her look in the television drama series Naagin 5. While fans seemed to love Hina Khan’s look, they even went to the extent of calling her 'Sarvashresth again'. Recently, Hina Khan’s fan took to Instagram to share a post of the actress. The Instagram post featured a collage of Hina Khan’s Naagin look and her doll replica. She seemed to love the Naagin doll post and hence, she reposted it on her account.

The actress captioned the story as, “OMGeeeee #NaginDoll #SarvaShreshthNaagin". Further, Hina Khan even tagged her producer, Ekta Kapoor in the Instagram story. You can check out Hina Khan’s Instagram story here: 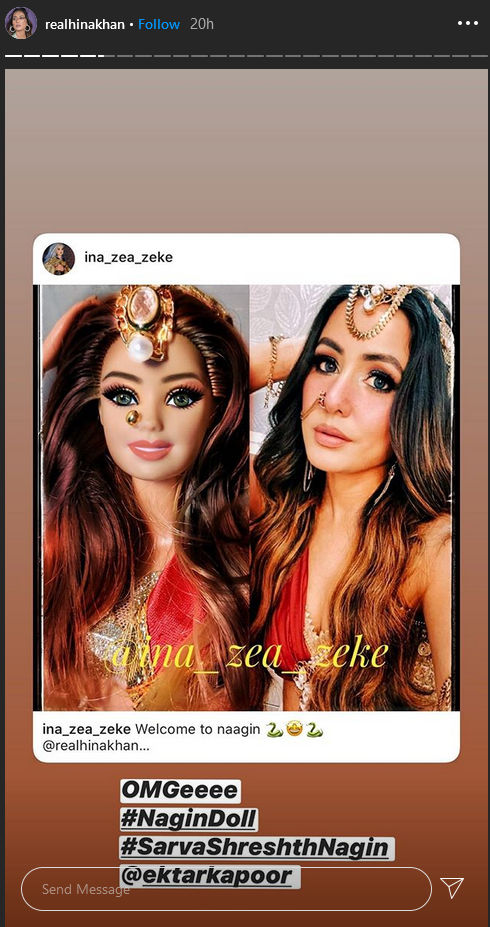 ALSO READ: 'Only Audience Can Change It': Hina Khan & Rocky Jaiswal Open Up About 'gang-mentality' 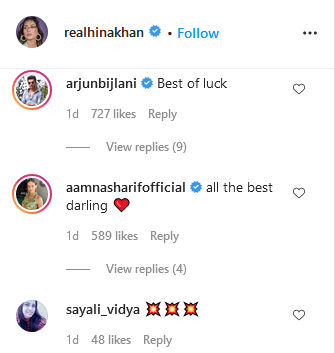 Khan also reposted fan reactions. You can check out the reactions here: 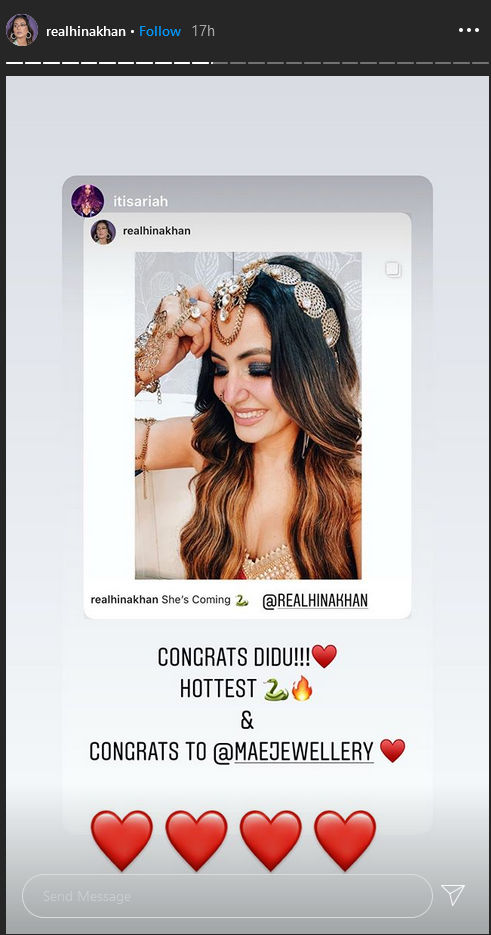 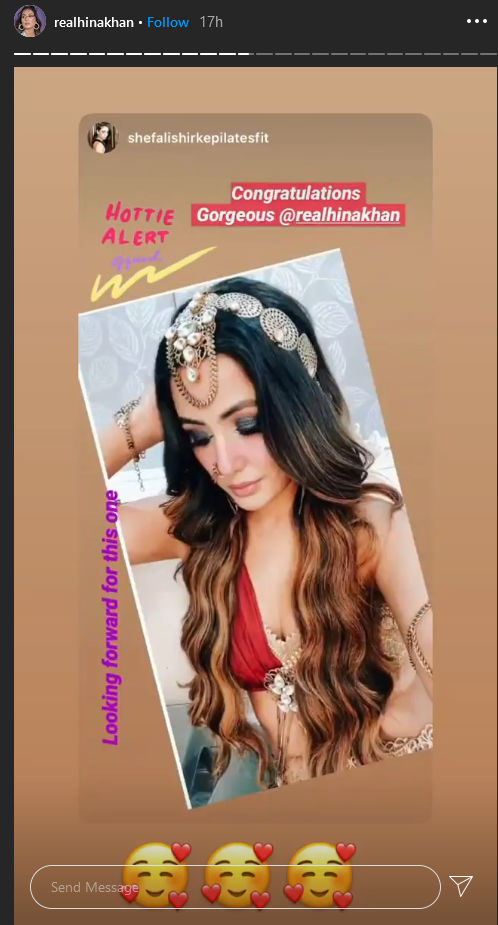 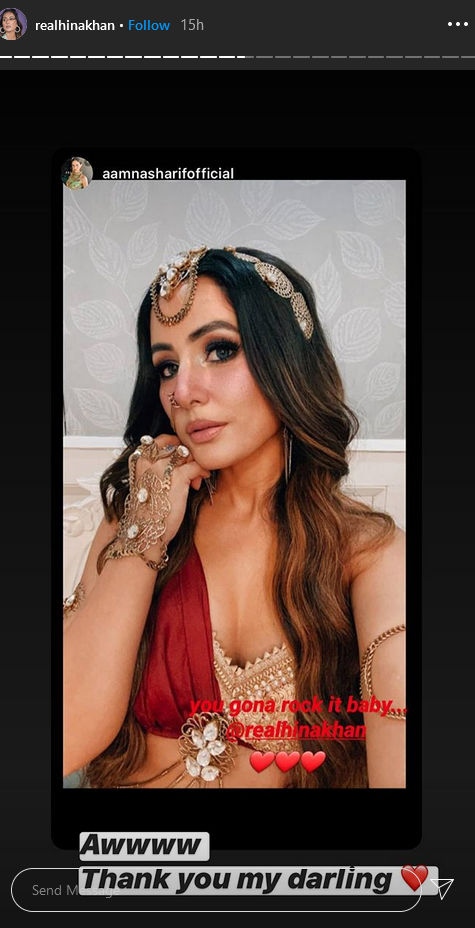 Naagin 5 will feature Hina Khan as a shape-shifting serpent. Some of the other Naagin 5 cast members include Mohit Malhotra and Dheeraj Dhoopar. Naagin is a supernatural fantasy thriller that is produced by Ekta Kapoor. This show features shape-shifting snakes.

In a recent interview with a media portal, Hina Khan said that she was focusing on films when she was approached by Ekta Kapoor for Naagin 5. Further, she said that her films and web series were doing well. She even made a mention of her lockdown OTT releases. The actress jokingly said that Ekta Kapoor dropped a ‘bomb’ in her life with Naagin 5.

However, the actress shares a good rapport with Ekta and is even collaborating with her for a web series. Hina revealed that she did not want to venture in the television space. However, she agreed to do Naagin 5 since it was just for one season.