Here are some real-life couples who met each other on the sets of Indian reality TV shows. Read on to know more about them and how they met each other.

While Indian reality TV shows are famous for the controversial contents they churn out, including quarrels among the contestant, they seem to have become popular for also another thing — the love angles. Recently, many contestants on Indian reality TV shows have found their soulmate on the sets and went on to live happily ever after. Here are five such couples who met on TV shows:

Prince Narula is quite famous for possessing the winning streak. He started his TV career with the popular MTV show Roadies and also won it. He further went to win other Indian reality TV shows like Splitsvilla 8 and Bigg Boss 9. The latter is where he met the love of his life, Yuvika Chaudhary. The couple got married in April 2019. They also appeared on the Indian reality TV show, Nach Baliye 9 and with Prince’s winning streak, won this show too.

The popular Indian reality TV show, Bigg Boss 11 was in the news for a lot of controversies and Bandgi Kalra and Puneet Sharma’s relationship on the show seemed to be another one of them. While they initially started out to grab the attention by pretending the whole affair, later in the show both admitted to really falling for each other. While the show had ended long back, both the contestants seem to be still very much in love.

Aditi Sharma and Sarwar Ahuja had participated in the Indian reality TV show Zee Cinestar Ki Khoj way back in the year 2004. Although both of them had different partners on the show, they went on to it together. They also starred opposite each other in two movies, Khanna and Iyer and Kuch Khatta Kuch Meetha. The duo tied the knot in 2014.

Also Read: Bigg Boss 13: Will Sidharth Shukla Be Left Without Any Friends In The Bigg Boss House? 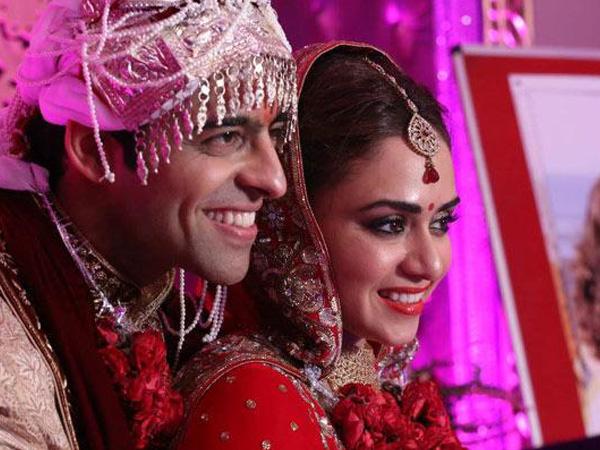 Himanshoo Malhotra and Amruta Khanvilkar also met on the sets of the Indian reality TV show, Zee Cinestar Ki Khoj and later went on to win Nach Baliye 7. The couple had separated for a while but the couple reportedly worked out their difference and tied the knot in 2015. (Image courtesy: Himanshoo Malhotra on Instagram)

Also Read: Is Splitsvilla 12's Aahna Hinting At A Physical Relationship Between Her And Piyush?

Mohit Saggar and Roop Bhinder had appeared on the popular Indian reality TV show Roadies but separate seasons. While Roop was a contestant in the sixth season, Mohit appeared in the eighth season. However, during the special season of the show, the makers had brought popular contestants back for a chance at redemption and this is where their love story started. The two were reportedly very secretive about their relationship and let the world know of it only when they got married.