Television actor Rrahul Sudhir's new look as a new character in Colors TV's Ishq Mein Marjawan 2 has received a thumbs up from fans. Not so long ago, ardent followers of the daily soap were left shocked when Rrahul's character, Vansh Rai Singhania, was shown dead after falling off a cliff. However, much to their relief, the Twisted actor was re-introduced in the show as a new character, Vihaan, with a brand new look.

Rrahul's beardless look as Vihaan is all things suave

Earlier today, Rrahul Sudhir took to his Instagram handle to flaunt his new beardless look and was soon to garner heaps of praise from fans about the same. Rrahul, as Vansh, initially portrayed a negative character in the soap opera. However, his character trajectory changed over time as the show's storyline progressed. His new pairing with lead actor Helly Shah in Ishq Mein Marjawan 2 was also given a thumbs up by the show's viewers.

Now, the 27-year-old has shared his first-ever beardless photograph on Instagram and it was quick to do rounds on the internet. Along with flaunting his French beard look, Rrahul had some shopping advice for his fans. In the mirror selfie shared by him on his IG handle, the actor looked nothing less than suave in an oversized black jacket over a white shirt and a pair of light-blue washed jeans. Sharing the post, he jokingly wrote, "Shopping Advice:- Take your mother or sister along for shopping and you end up looking like a “good boy” PS: I didn’t follow the above-mentioned advice. (sic)".

Meanwhile, Vansh's sudden exit from the show after falling off a cliff had taken the audience by shock. While the actor's fans were not ready to accept his exit from the show, he was re-introduced soon as Vihaan with a new motive altogether. Although Rrahul's new character in the Colors TV show created quite a buzz on social media, his beardless look as Vihaan became the trending topic of discussion among fans.

Check out netizens' reaction to Rrahul Sudhir's photos with a brand new look below: 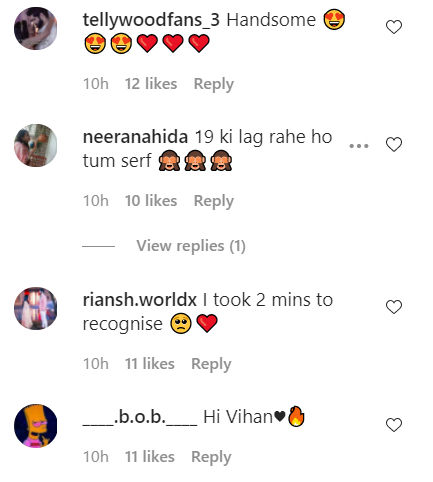 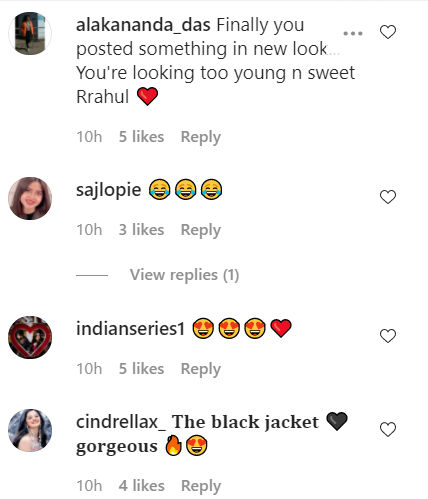