Jiya Shankar's TV Shows, Movies And Other Details About Her Life

Television actor Jiya Shankar is popular for her role as Dr. Ira Desai. The actor will soon be seen in 'Kaatelal and Sons'. Here's everything you need to know. 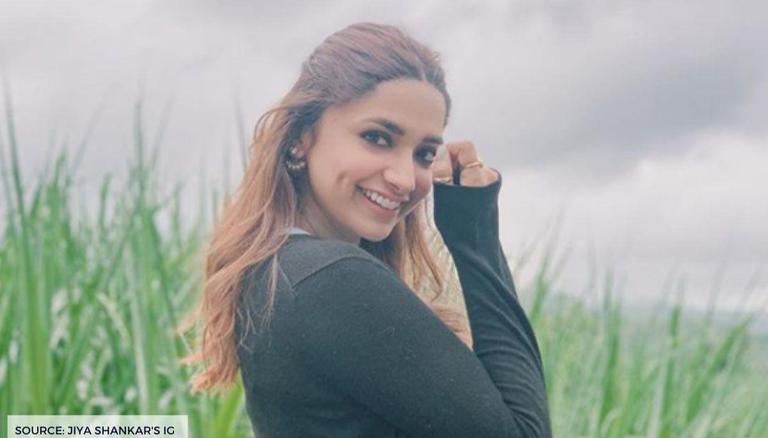 Actor Jiya Shankar is popularly known for her role as Dr Ira Desai in the show Meri Hanikarak Biwi. She has worked in various TV shows and also made her debut in cinema with a Telugu film. Here's everything you need to know about the 25-year-old actor.

According to Wikibio, Jiya Shankar was born on October 10, 1995, and always wanted to be an actor. Jiya started her career at the age of 16 and played various small roles in television shows. She also made her film debut with a Telugu film called Entha Andanga Unnave in 2013 and she was first noticed by the audience in that film.

According to IMDb, she made her television debut with MTV's Love By Chance in 2015 and was also seen in Gumrah season 4 and Pyaar Marriage Shhhh. Jiya Shankar got her first break on television with the show called Queens hai hum. She was one of the leads on the show and played the role of Shreya Dixit Rathore.

Jiya Shankar's TV shows also include Meri Hanikarak Biwi and Kaatelal and Sons on SAB TV. Jiya also played a cameo in Virgin Bhaskar 2 which is a web series on Zee5. She got her big break in Tamil cinema in 2017 when she worked opposite South actor Arun Chidambaram.

The film was directed by Arun Chidambaram and was called Kanavu Variyam (Dream Factory). Jiya Shankar's age at that time was just 21 and she bagged a lead role in the film. She played the role of Veena in the film. The film received critical acclaim and got various awards at Film Festivals.

Also Read | Top 5 Things That Niti Taylor Did In Bhutan That You Should Check Out!

Jiya Shankar in Kaatelal and sons

Jiya Shankar will soon be seen in her upcoming show Kaatelal and Sons on SAB TV. She will be playing the lead role of Susheela opposite Ayush Anand. The show will revolve around 2 sisters who support feminism and run their father's barbershop. Kaatelal and Sons cast includes Jiyaa and Ayush Anand along with Megha Chakraborty who will be playing the role of Garima, Jiya's sister, and Deepak Tokas, Ashok Lokhande and Manoj Goyal. The promo of the show is already out now and it is noted for its feminist tone. Take a look: