Rashami Desai joined the cast of 'Naagin 4' last week as Shalaka. However, according to reports she was not the first choice for the role. Read on to know

The daily soap, Naagin has managed to become a fan favourite. Naagin is currently airing its fourth season with Nia Sharma and Vijayendra Kumeria in the lead roles of Brinda and Dev. However, recently, Bigg Boss 13 fame, Rashami Desai joined the Naagin 4 cast.

Rashami Desai was not the first choice for Naagin 4

In the last week’s episode of Naagin 4, Rashami Desai made her entry as Shalaka. Impressing netizens with her performance in Bigg Boss 13, the celeb is all set to win hearts with her new role. However, although Rashami’s entry as Shalaka has created quite a buzz, an entertainment portal reported that this Ex-Bigg Boss 13 contestant was not the first choice for Shalaka. 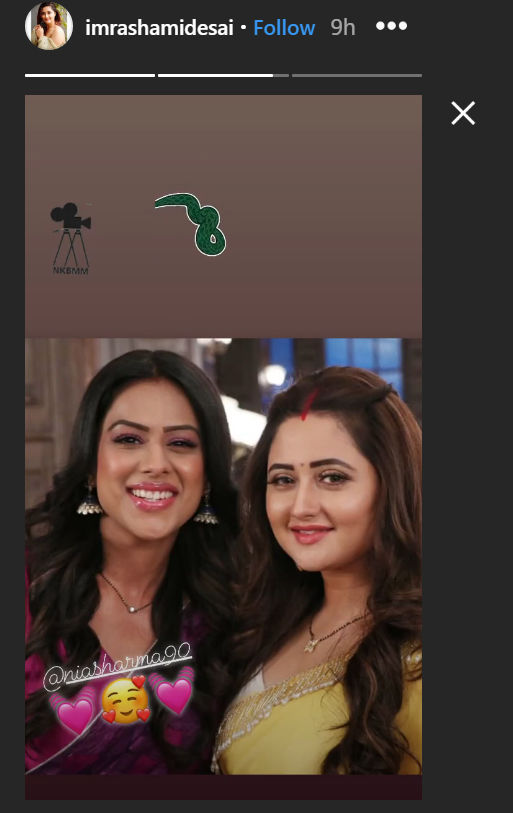 According to reports, Mahira Sharma (another contestant on Bigg Boss 13) was approached by the makers of Naagin 4 first to play the role of Shalaka. However, Mahira, who was a part of Naagin 3, reportedly refused their offer. A source close to the star told an entertainment portal that Mahira Sharma did not want to be a part of daily soaps anymore. She wanted to focus all her attention on music videos and movies.

It was only after Mahira Sharma’s refusal to play the Naagin 4 character, the makers of the show approached Rashami Desai. The latter had started her career in the Indian television industry with the daily soap, Uttaran where she played the bratty, rich girl Tapasya. However, she shot to fame with the role of Shorvori in Dil Se Dil Tak which also had Bigg Boss 13 winner, Sidharth Shukla in the lead. Rashami also appeared on the dance reality show, Jhalak Dikhhla Jaa and after that in Bigg Boss 13.