Nia Sharma took to her Instagram and shared a stunning video of herself wearing a pitch-black saree. Many of her fans couldn't get over the beauty. Have a look.

On January 24, 2021, actor Nia Sharma took to her official Instagram and shared a short video from her latest photoshoot in which she can be seen spreading her charm. In the picture, she looked stunning as she wore a black saree. As part of her caption, she informed her fans that she never believed in ‘black magic’. Take a look at her latest picture.

Also read: Nia Sharma Shares 'childhood' & 'now' Picture With Her Mother And It Is Truly Unmissable

In the video, Nia can be seen wearing a pitch-black saree with an embroidered silver border. She wore a black blouse with a string strap and a deep plunging neckline. The actor wore the black saree in a low-waist style and went for a no-jewellery look. For her makeup, she wore curled tresses, smokey eyes and highlighter. While sharing the video, Nia captioned the video as “Never believed in Black Magic”. She also added Jasmine Sanglas’ Nagni to the video.

As soon as Nia uploaded the pictures, her fans were quick enough to like the post and flooded the comments section with positivity. Sudhanshu Pandey commented, "Reham karo duniya pe (Have mercy on the world)".  A fan commented, “The makeup, the hair, the plunge just” with several fire emoticons. Another one wrote, “Really, but it has been done” with a heart-eyed face and fire emoticon. A user commented, “Queen of naagins”. Another one simply called her ‘charming’ in his comment. 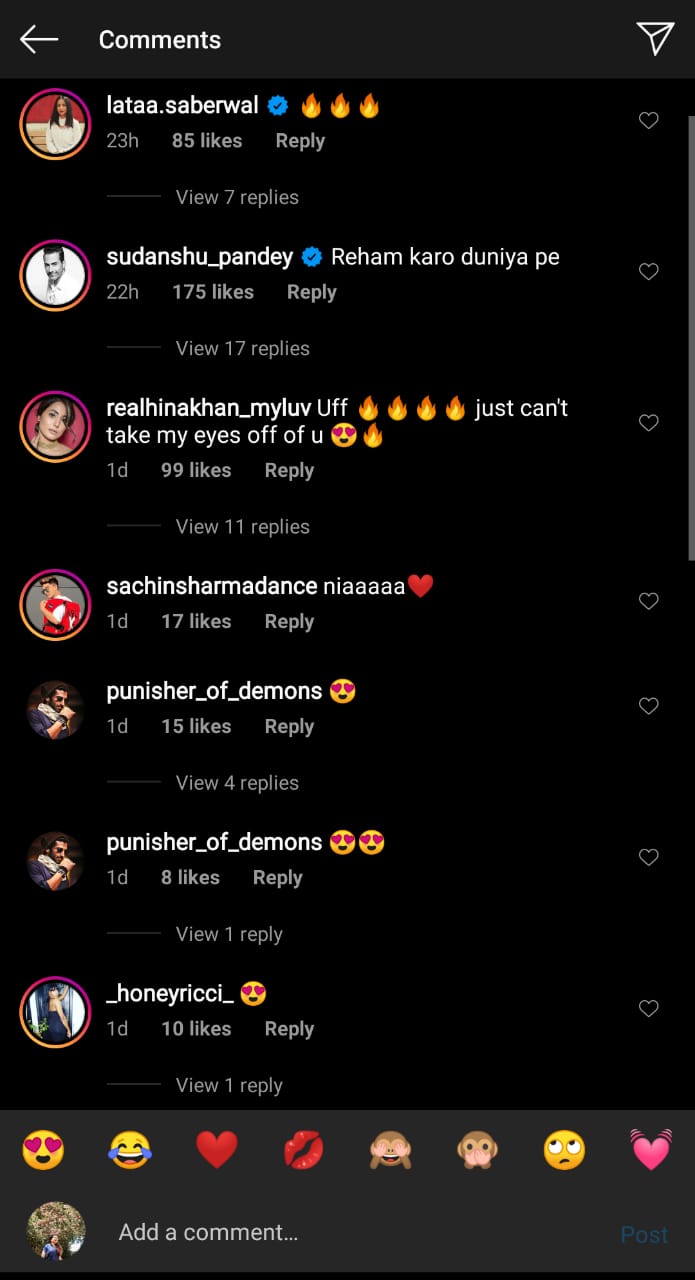 Nia Sharma has been creating headlines lately for her interesting collaborations. The actor was last seen with Shivin Narang in Neha Kakkar and Tony Kakkar’s music video Gale Lagana Hai. She has been treating her fans with behind-the-scene pictures from her sets. In her another recent post, Nia and Shivin can be seen having a fun time together. Nia wore a mustard coloured outfit and Shivin wore a white tee along with striped black and white blazer and black trousers. In the caption, Nia wrote, “We were just spotting Monkeys together!! @shivin7 BTS ‘#GaleLaganaHai…’ ‘#shimladiaries”.

Several of her fans dropped red hearts and complimented the beauty. Shivin too commented, “Actually” with a pair of hugging face and laughing face emoticons. Sudhanshu Pandey wrote, “Looks like monkey was close to the Sun”. A fan commented, “Cutest couple” with several red hearts. Another one wrote, “Amazing pic” with a fire emoticon. A netizen commented, “Looking gorgeous”.