Much to the excitement of the fans, Asim Riaz, Mahira Sharma, and Paras Chhabra have treated fans with their respective music videos. Check out here.

After Bigg Boss 13 ended, contestants of the show have been getting more opportunities to showcase their talent and make a mark in the entertainment world. Much to the excitement of their fans, Asim Riaz, Mahira Sharma, and Paras Chhabra have treated fans with their respective music videos which promises to be a visual delight. After watching the videos, fans have flooded the comment section with their sweet comments, lauding the actors for their performance in the song.

Asim Riaz starred alongside Jacqueline Fernandez in a music video titled Mere Angne Mein. The song was sung by Neha Kakkar and Raja Hasan. The track was composed by T-series and recreated by Tanishk Bagchi. The song is also known to be a remake of the 1981 song of the same name. The song garnered over 805k likes and over 10 million views on YouTube so far.

Fans loved the track and the chemistry between Jacqueline Fernandez and Asim Riaz. Fans took to Twitter to congratulate the actors for their performance in the song. Many fans were also not satisfied to see Asim Riaz only in a few parts of the song. Instead, they wished to see him all throughout. Check out some of the fan reactions and the video below.

X-factor of the song is Asim!! He nailed it even with limited screen space!! #MereAngneMein #AsimDebut

Jacqueline was Amazing...Asim was cute, tho he was in it for very little amount of time but he did great....I like the song and the concept is very beautiful#MereAngneMein

Only watched it for @imrealasim and guess what this song is actually very catchy n nice. Hope Asim had more screen space though. #AaimDebut #AsimRiaz

Mahira Sharma and Paras Chhabra's music video is titled Baarish. The melodious song is sung by Sonu Kakkar and Nikhil D’souza and has garnered over 10 lakh views and 275k likes on YouTube. Their love story in the video is being appreciated by ParHira fans. Here's how netizens reacted when the track came out. 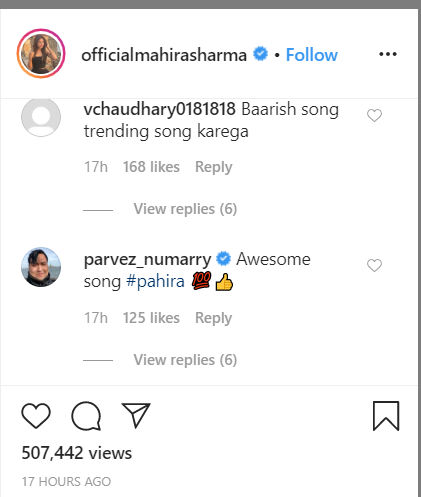 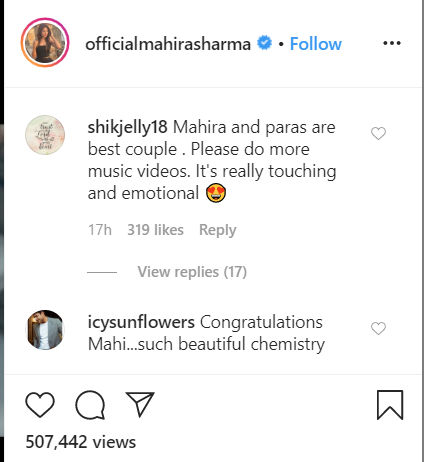