Ramayan has managed to attract viewers while being in the lockdown. Actor Karanvir Bohra has found a man dancing in the war sequence of the show. See video.

Television actor Karanvir Bohra took to his Instagram and pointed out a hilarious slip up that he spotted in the popular mythological show Ramayan. After the COVID-19 lockdown was announced, the Doordarshan channel began broadcasting the mythological show, Ramayan. Ramayan attracted a lot of viewers, however, actor Karanvir Bohra has spotted a man dancing in the war sequence of the popular television show.

Karanvir Bohra took to his Instagram and posted the meme after he noticed an man dancing in the background rather than fighting a war. The soundtrack played during the video was the song Chogada Tara from the movie Loveyatri. In the 1987 series of Ramayan, the man dressed as a soldier was supposed to engage in combat with the opponent. However, it looks like the man is dancing with his opponent during the war.

Karanvir Bohra took to his Instagram and posted the video while comparing it to the popular television show Game of Thrones. While posting the video, he wrote, ‘I had to post this and we used to think, what an epic war they created, just like @gameofthrones’. [sic] Fans of the actor have commented on the most with many laughing emojis. His fans have stated that some of them noticed the hilarious slip up as well. Many showered the post with laughing emojis. 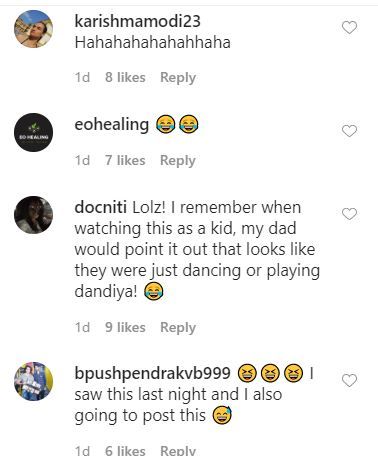 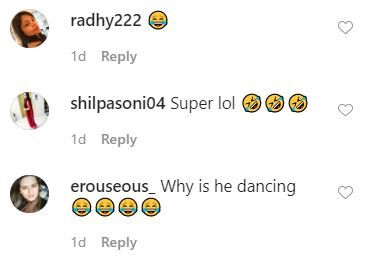 ALSO READ: Fans Spot Cooler Next To Bhishma Pitamah In Mahabharat? Compare It To Game Of Thrones' Cup

AskMen Meme | When You don't Get Paid To Do Your Job

Ramanand Sagar’s Ramayan stars Arun Govil as Lord Rama, Dipika Chikhlia as Sita, Sunil Lahri as Lakshman, Arvind Trivedi as Ravana and Dara Singh as Hanuman. Ramayan was re-telecasted after the lockdown was announced due to COVID-19. The show was aired on Doordarshan and gained a lot of popularity, years after it was first telecasted.

Thanks to all our viewers!!#RAMAYAN - WORLD RECORD!!
Highest Viewed Entertainment Program Globally. pic.twitter.com/rbuOzQXMek

Ramayan concluded on April 18, 2020, on Doordarshan. However, learning about the popularity of the show, it was re-telecasted since May 4, 2020, on Star plus. Doordarshan tweeted that Ramayan made a ‘world record’ for being the most-watched show globally after 77 million viewers tuned in to watch the show on April 16, 2020. Ramayan has enjoyed a lot of popularity amongst the audiences after being re-telecasted during the lockdown.

ALSO READ: This Day That Year: HBO's Hilarious Response To The Viral Coffee Cup In 'Game Of Thrones'

PEOPLE HAVE PLEDGED SO FAR
LATEST NEWS
View all
9 hours ago
Shehnaaz Gill flaunts her ‘Sacha Pyar’ on Snapchat and it is not Sidharth Shukla
6 hours ago
'Badho Bahu' Rytasha Rathore shows how to style black sports bra; watch video
13 hours ago
Sumona Chakravarti's unmissable BTS posts from 'The Kapil Sharma Show'; Take a look
6 hours ago
Paras Chhabra on his equation with Mahira Sharma: 'Want everything to happen organically'
11 hours ago
Can Rasika Sunil be a perfect daughter of Ashok Saraf in 'Hum Paanch's' Marathi remake?