Sanjana Sanghi shares a happy note as she sees a question has been asked about her in KBC 12. The actor also expresses desire to be in the show

Sanghi started her note by writing the host Amitabh Bachchan’s key dialogue when the participant answers the question correctly that is ‘Taala Laga Diya Jaye’. Sanjana Sanghi then reminisced memories of her childhood how she used to spend her weekday night with her family to watch the show. Sanjana Sanghi further said that the unrealistic dreamer in her had gone far enough to imagine herself in the hot seat of KBC and try her best to answer the general knowledge questions. She also ended her note with a teary emoticon as she wrote, “But to be kicking off a new KBC season with this question? ðŸ¥ºðŸ™ŒðŸ».”

| TALA LAGA DIYA JAYE! â¤ï¸ðŸ™ My entire childhood, every single weekday night was dedicated to family viewing of our indomitable legend @amitabhbachchan in Kaun Banega Crorepati. The unrealistic dreamer in me had gone far enough to imagine myself being in the hot seat, trying to be my nerdy best and answer the General Knowledge questions. But to be kicking off a new KBC season with this question? ðŸ¥ºðŸ™ŒðŸ» #KaunBanegaCrorepati #DreamOn 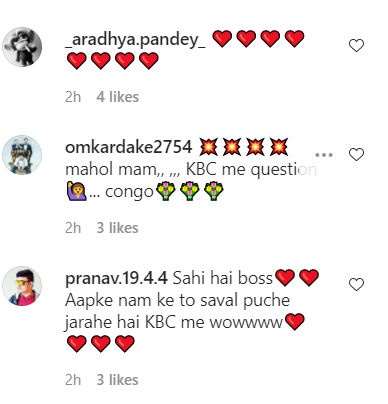 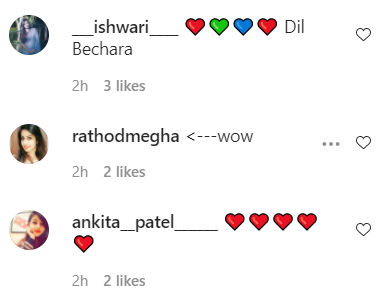 Earlier, Sanjana Sanghi posted beautiful pictures of her somewhere around an old fort in Alwar. The pictures of the actor were taken by her mother. Sanjana Sanghi looked extremely charming in her classy floral attire along with the chic sunglasses. Her mother managed to capture some of her vibrant pictures that stole the show. She gracefully captioned her pictures by saying as to how she is dreaming of being a 21st-century girl in a 14th-century world. She even mentioned that the photos were captured by her mother.

Sanjana Sanghi debuted in the movie Dil Bechara as the lead.She, has earlier starred in Imtiaz Ali's 'Rockstar'. The movie marks the final film of late Sushant Singh Rajput. It marks Mukesh Chhabra’s debut as a director.  The film was the official Hindi remake of John Green’s book, The Fault In Our Stars. The movie was previously adapted into a Hollywood film starring Ansel Elgort and Shailene Woodley. The plot of the film revolved around the life of two cancer patients falling in love with each other. It also shows how, because of their disability, they manage to work their way through life.