Recently, Sanjeeda Shaikh was seen having a gala time at the beach. She shared a clip in which she can be seen lying on the sand and enjoying.

Recently, Sanjeeda Shaikh was seen having a gala time at the beach. She shared a clip in which she can be seen lying on the sand with water flowing around her. Looks like the actress is a beach baby and has created a storm on the internet with her video. Read ahead to know more.

In the clip, Sanjeeda can be seen in a white bikini and slippers. She was seen lying on the sand and moved her hand back and forth on the water that flowed. She also added background music to her clip. The caption on her post was that of a Sun emoji. Take a look at the video as well as the fan comments on the post below: 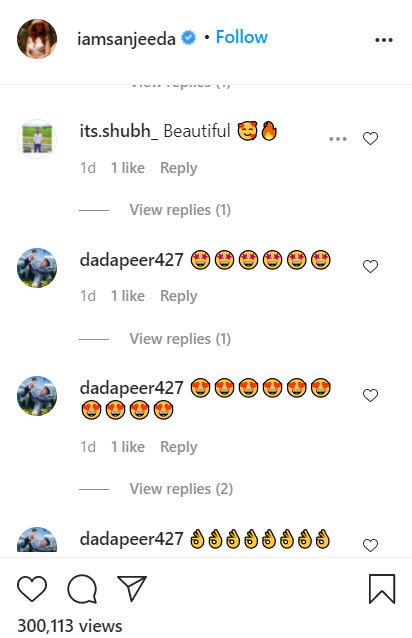 Earlier, she shared another set of pictures and videos in which she can be seen at the beach. In the picture, she is wearing a white bikini and posing in a knee-deep ocean. She wore minimal make-up and kept her straight hair loose in the picture. Many of her fans went gaga over her look and dropped lovely comments. 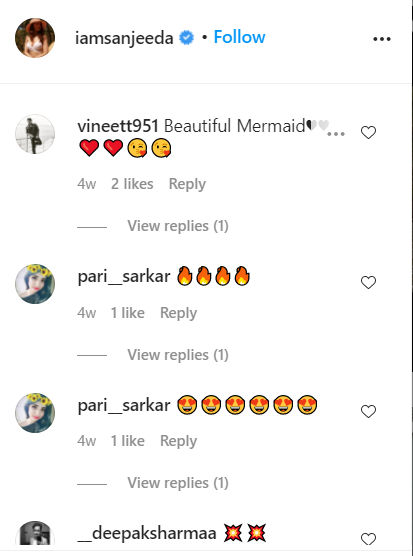 In another video, she was seen chilling at the beach while her latest song Toh Aagaye Hum was playing in the background. The song is a new single by the music composer Mithoon and a singer Jubin Nautiyal. Sanjeeda also mentioned that the song has reached thirty-five million views on YouTube.

Toh Aagaye Hum is a romantic number. The video is directed by Ashish Panda in Rajasthan. The song features Sanjeeda Shaikh along with Jubin and Mithoon.

Apart from this, Sanjeeda Shaikh and Harshvardhan Rane had teamed up for the upcoming film Kun Faya Kun. The film is directed by Kushan Nandy. The shoot of the film had started in November 2020 and was wrapped up on January 19, 2021. Earlier, Sanjeeda shared a picture from the sets on her Instagram. In her caption, she said that a breathtaking thriller and fun-filled shoot came to a wrap. She also said that her film was coming to cinemas soon. She urged her fans to stay tuned. Fans loaded her posts with love and couldn’t wait for the film’s release. This will be Sanjeeda and Harshvardhan's second film together after last year's Taish.