Sanjeeda Shaikh shares a stunning picture of herself from her latest single 'Toh Aagaye Hum' featuring alongside Mithoon and Jubin Nautiyal. Have a look.

On January 11, 2021, Sanjeeda Shaikh took to her Instagram handle and shared a stunning picture of herself flaunting her good looks and toned body. In the picture, she can be seen wearing a white bikini and posing in a knee-deep ocean. She shared several snippets from her new song Toh Aagaye Hum on her Insta handle. The song is a new single by the successful duo of composer and a singer Mithoon and Jubin Nautiyal. The song has already reached thirty-five million views on YouTube.

Sanjeeda Shaikh shares a still from her new single

In the picture, Sanjeeda can be seen enjoying nature’s lap as she poses in a knee-deep ocean. She flaunted her natural look as she wore minimal make-up and kept her straight hair loose in the picture. In her several pictures, she can be seen playing with her hair. In the caption, she simply dropped a blue heart. Many of her fans went gaga over her looks and dropped lovely comments. 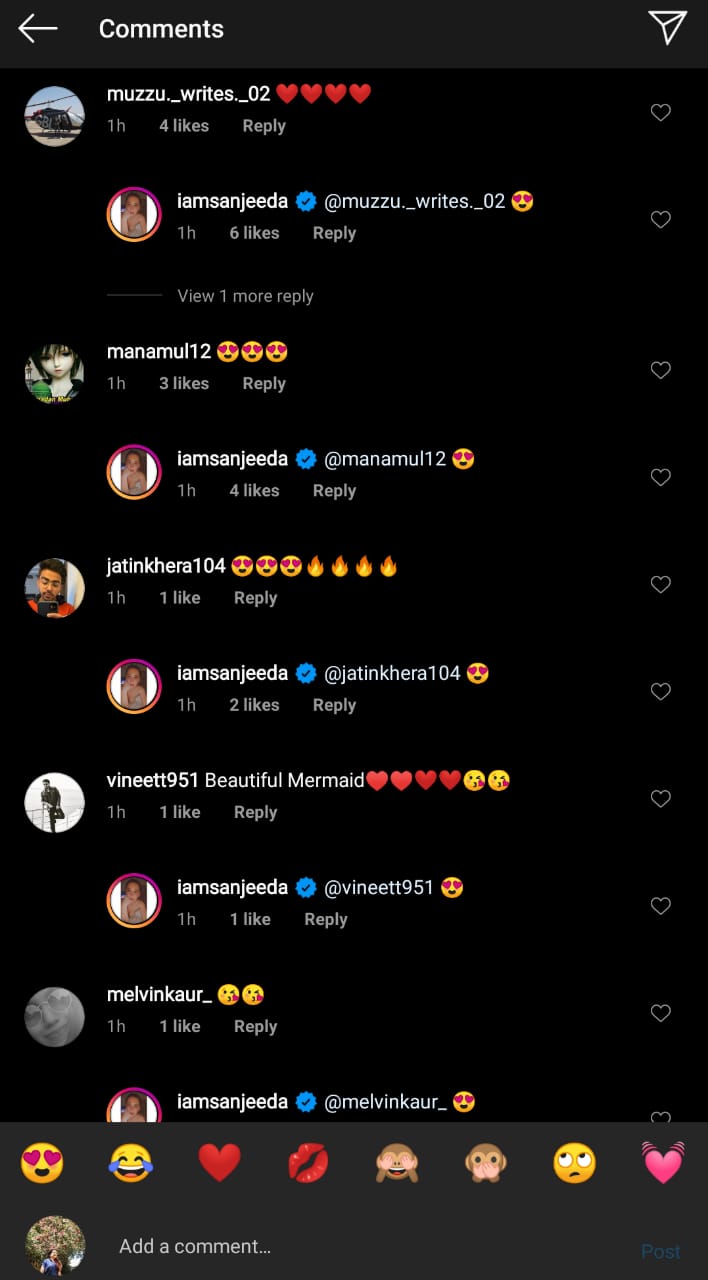 In her another recent post, she shared a short video clip from her song. In the caption, she thanked her fans for the support for her new single. She wrote, “’#TohAagayeHum’ has reached 35M! Wow! We are delighted and stoked. Thank you for all the support. Tune in now!”

Toh Aagaye Hum is a love tale with Mithoon’s melody, Sayeed Qadri’s lyrics and Jubin’s soulful vocals. The video is directed by Ashish Panda in Rajasthan featuring Sanjeeda Shaikh along with Jubin and Mithoon. The song comes after the blockbuster hit Tujhe Kitna Chahein from the film Kabir Singh, they reunite with Sayeed.