Shehnaaz Gill grooves to the song 'Tareefan' from 'Veere Di Wedding' in a beautiful black dress. Have a look at the video where she can be seen dancing.

Shehnaaz Gill recently showcased her dancing abilities on social media. In a recent video doing the rounds on social media, she can be seen grooving to the famous Kareena Kapoor Khan song, Tareefan, from Veere Di Wedding. People can be seen complimenting her for her dramatic and quirky expressions throughout the fun video.

Shehnaaz Gill has lately been keeping her followers busy with back-to-back Tik Tok, dance, and dubbed videos. She has also been making original TikTok videos wherein she can be seen making a genuine effort to keep her followers in a light mood. One of her fun videos has lately been doing the rounds on social media for her adorable remake. In the video, she can be seen grooving to the song Tareefan which originally stars Kareena Kapoor Khan, Sonam Kapoor, Swara Bhaskar, and Shikha Talsania, from the film Veere Di Wedding.

Read Shehnaaz Gill Wants To Focus On Her Big Bollywood Dream; Opens Up About Future Plans

Also read Shehnaaz Gill Wonders What 'Google Maps Aunty' Is Up To Amid Lockdown; Watch Video

In Shehnaaz Gill's video on the song by Badshah and Qaran, she can be seen starting out with adorable dramatic expressions. She can be seen dressed in a bodycon black gown while shows off her dancing style with the hook step of the song. She can be seen leaving her followers with heart eyes as she looks stunning in the adorable video. Her hair has been left open with mostly nude makeup which goes well with the backless maxi dress. People have been talking about her impression being closer to that of Kareena Kapoor Khan's in the original video while others can be seen calling her drama queen as she aces the expressions. Have a look at the video here. 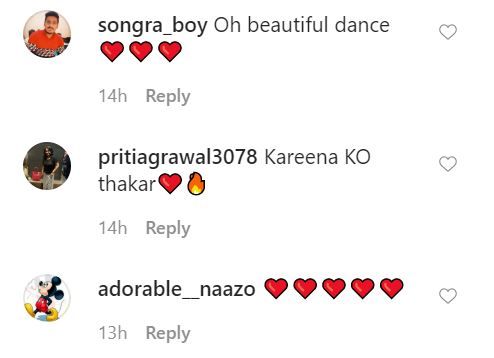 PEOPLE HAVE PLEDGED SO FAR
LATEST NEWS
View all
8 hours ago
Mohit baghel’s death: actor rohan mehra pens a heartfelt note, says 'life is uncertain'
12 hours ago
Bhumi pednekar, tabu, and karisma kapoor in gorgeous black sarees
6 hours ago
Is rashami desai no longer a part of ekta kapoor's 'naagin 4' cast? read here
10 hours ago
Hina khan is upset with "daddy cool" after he refuses to give her eidi
10 hours ago
Two months of lockdown: tv stars in crisis, ask colleagues not to take 'extreme steps'