Taarak Mehta Ka Ooltah Chashmah completes 12 years and thus here are some top 10 most hilarious episodes from the show over the years. Read ahead to know. 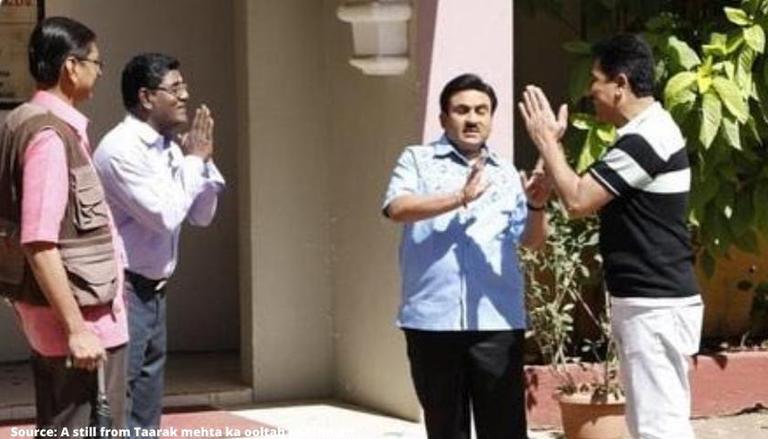 This storyline is deemed as one of the best plots for Taarak Mehta Ka Ooltah Chashmah. The episodes of this particular storyline have views ranging over a million on Youtube alone. The story was based on a spooky yet hilarious premise and was loved by the audience. The storyline got popular to the point that makers decided to keep the same storyline spanning for a number of episodes.

The water tanker episode is another popular episode from Taarak Mehta Ka Ooltah Chashmah. The views on Youtube alone have crossed over 100 million and the number is still rising. The audience loved the episode due to the fact that almost every scene from this episode was hilarious. This episode particularly was responsible for a number of meme templates that have been created by several internet users.

This was the first time Champak chacha appeared in Taarak Mehta Ka Ooltah Chashmah. The premise of the show was built around Tapu who was getting mischievous. Thus following this, Jethalal called his father to try and help him out in disciplining Tapu. Thus Champak Chacha first appeared in Taarak Mehta Ka Ooltah Chashmah and has since then become one of the most beloved characters.

Jethalal comes back from London

In this episode, Jethalal came back from London and as a customary greeting, decided to give out gifts to the Gokuldham members. However, the entire episode was set up in a hilarious manner making the audience crack on almost every joke. The scenes with Babita and Goli were some of the memorable parts of the episode. Jethalal also got a quirky haircut which added to the humour in the show.

Bhide gets a “Sitti” stuck in his throat

One of the most popular episodes featuring Bhide was this episode from Taarak Mehta Ka Ooltah Chashmah. There have been several memes made using certain templates from this particular episode. The entire episode revolved around Bhide who tried to get a whistle out which, due to some reason, got stuck in his throat.

Due to some reasons in the show, Tarak Mehta was forced to have a fake affair with a woman. Due to Tarak being a quintessential good guy, the members of the Gokuldham Society found it incredibly hard to believe that he would do something like this.

An episode that became one of the most-watched was the wedding plot of Tapu and Tina. The entire premise of the episodes of this plot was based around Tapu who was adamant on getting married. The entire show portrayed the wedding celebrations of Tapu and his soon to be wife.

Fans of Taarak Mehta Ka Ooltah Chashmah have always appreciated the friendly banter between Iyer and Jethalal. Thus this episode shed light on this aspect and produced an entire episode dedicated banter. There were two episodes to this plot which were loved by the audience.

This storyline had been played out numerous times on television due to the fact that it became one of the most-watched episodes. The storyline was based on the aftermath of a robbery that took place in Jethalal’s shop. Daya testified against the robbers and thus they kidnapped her to exact revenge.

Since the inception of Taarak Mehta Ka Ooltah Chashmah, there has been little to no knowledge about Jethalal as a person. However, this episode shed light on the fears of Jethalal. It was during this episode that fans and the Gokuldham members realised that Jethalal was very afraid of dogs. Hence, the members tried their best to take the fear of dogs out of Jethalal throughout the episode.