Television action Karanvir Bohra has been married to Teejay Sidhu for 14 years. The couple welcomed their third child in December. The couple even celebrated their 14th wedding anniversary in November last year. According to a report of Popxodaily, Karanvir Bohra and Teejay Sidhu met through their mutual friend, model Anupama Chopra, and the couple clicked with each other instantly. Within a couple of years of their relationship, the couple got married at the Art of Living Ashram in Bangalore in 2006. The couple felt they had a spiritual connection and their mutual beliefs led to a better union. 10 years into their marriage the couple welcomed their twins Bella and Veina in 2016.

Karanvir Bohra and Teejay Sidhu keep sharing their love-filled pictures on Instagram. Even after 14 years of marriage, the couple still looks like they are newlyweds. Their chemistry in pictures seems to be off the charts. Karanvir Bohra's Instagram is filled with his fatherhood moments and the ever-growing love for his wife. Six days ago, he posted a romantic monochrome picture with his wife on her birthday in which the couple looked adorable sharing a loving smile together. He captioned it with song lyrics and the Instagram caption read "Inn aankho ki masti ke, masatane hazaaro Hai," meri @bombaysunshine
Keep shining and keep smiling my #sunshine #moonbeam HAPPY BIRTHDAY" adding a heart emoji. His followers also showered their love in the comments section.

Also Read: Karanvir Bohra Opens Up On The Projects That He Worked On In The Year That Went By 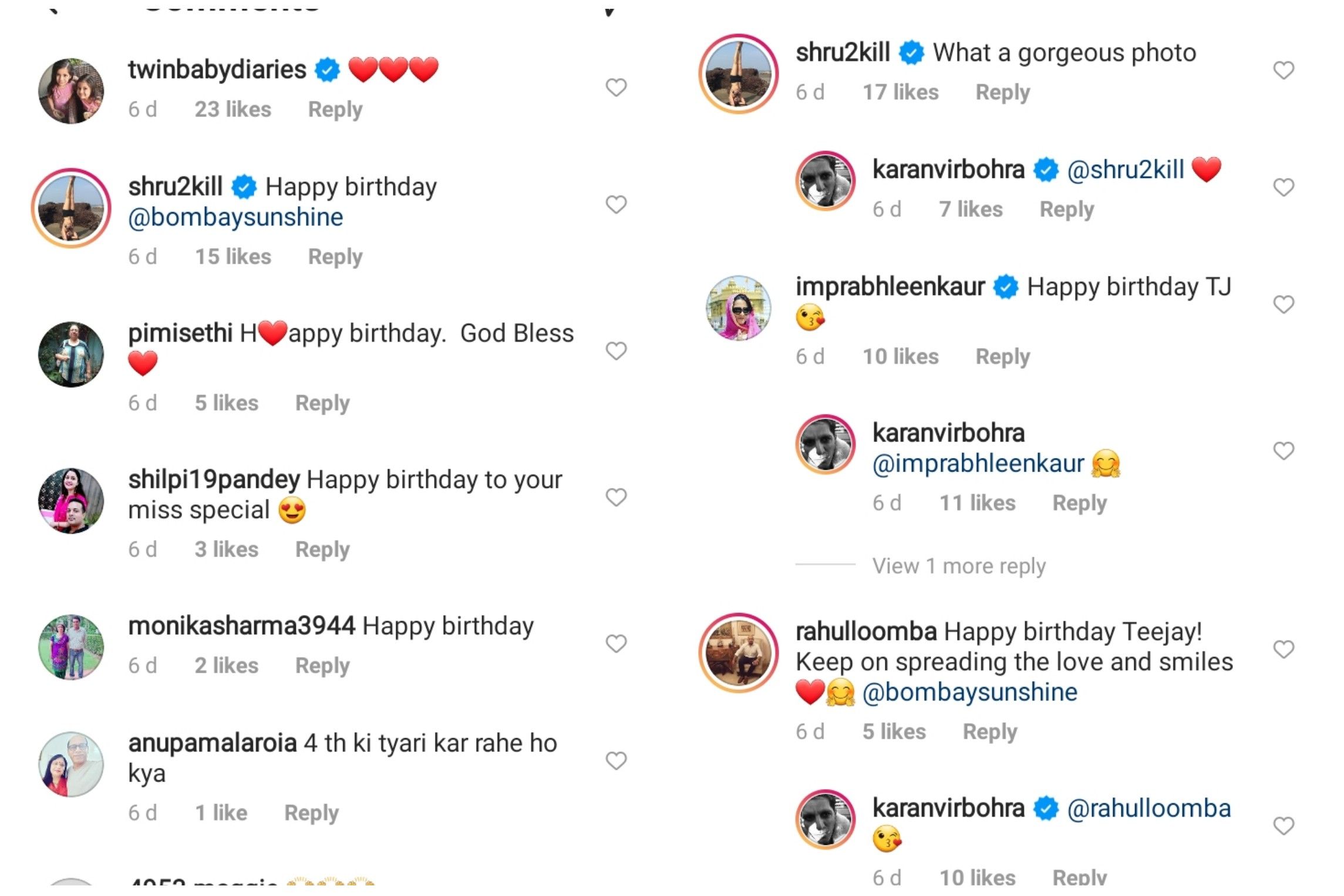 Karanvir had also shared a string of images of their facetime while he wished Teejay for her birthday at midnight. In this string of pictures, it is seen that Teejay fell asleep with their newborn while he wished her within two minutes of talking. He called his newborn "Snowflake" and mentioned in the caption that Snowflake slept in her mother's arms while talking to him and Teejay slept right away after he wished her for her birthday.  Karanvir expressed he was missing them and wanted to be with them. The followers applauded his paternal instincts and dropped comments showering love for the couple and for Teejay's birthday. 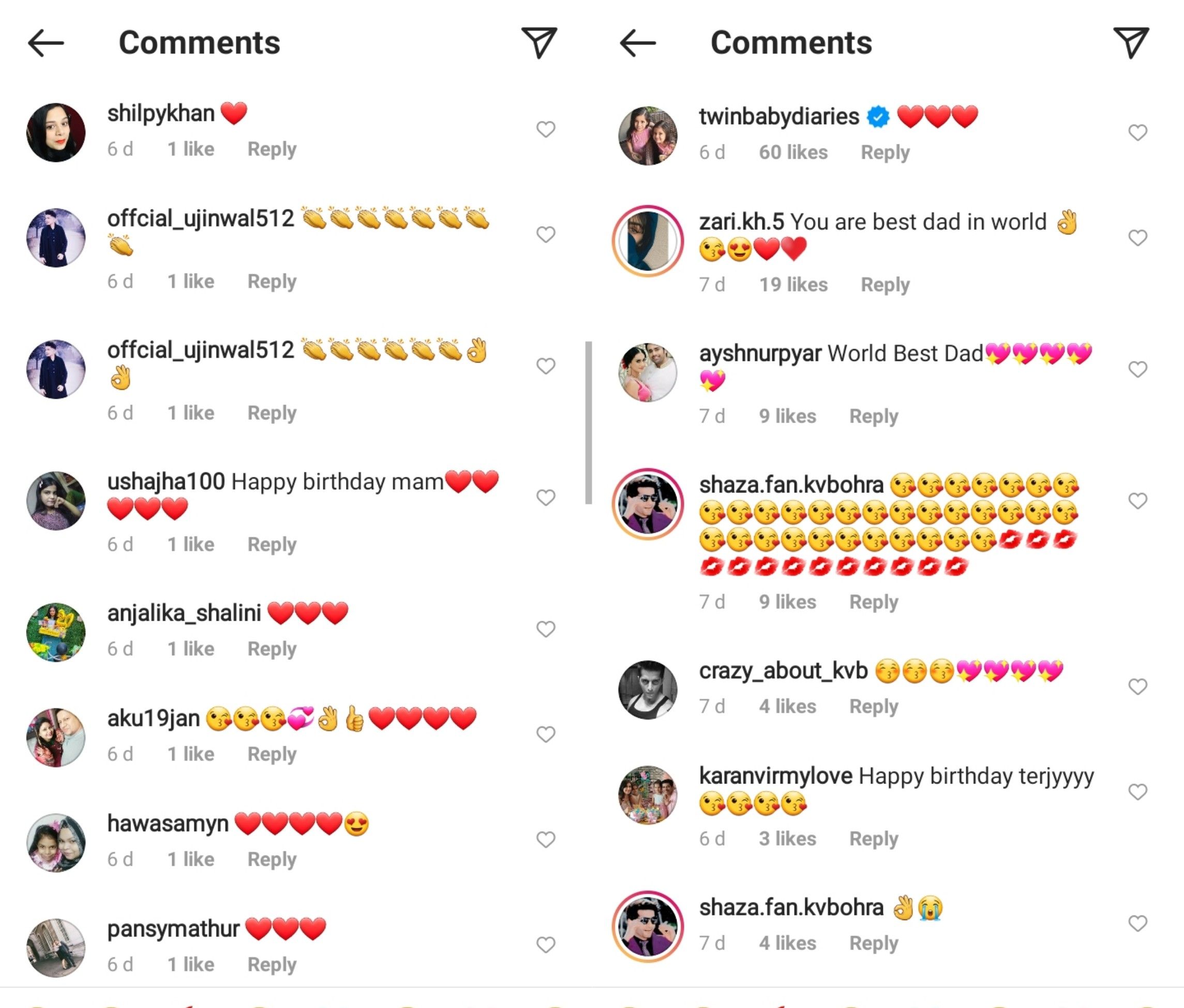 Earlier this month, Karanvir shared an Instagram post dedicated to his wife, with a romantic caption. The couple looked adorable, getting cosy with each other outside wearing leather jackets. Karanvir poured his love in the caption with a quote that said he "didn't fell in love with her but walked into it with eyes wide open". The caption also said that he would choose her for a hundred lifetimes,  in a hundred worlds, in any version of reality. The followers were speechless and in awe of this romantic couple, showering them with comments of heart eyes, fire, and heart emojis.