'Yeh Rishta Kya Kehlata Hai' actor Gaurav Wadhwa leaves fans stumped as he clicks pictures with snakes. Have a look at the pictures with details here.

Television actor Gaurav Wadhwa recently took to Instagram to post a few pictures with pet snakes. In the picture posted, he could be seen posing with two exotic snakes, one of which was a python. The python is a mix of dark and light brown colour while the other exotic snake has beautiful white skin with a silver touch. In the pictures, Gaurav Wadhwa could be seen dressed in a pair of blue track pants and a blue tank top. His casual posing in the living room with snakes has left quite a few people fascinated in the comments section.

A number of his followers have expressed their fascination over the snakes and the calm with which he is holding them. One of the people in the comment section has been his co-star Mohena Kumari who can be seen asking him when did all of this even happen. Have a look at the reactions here. 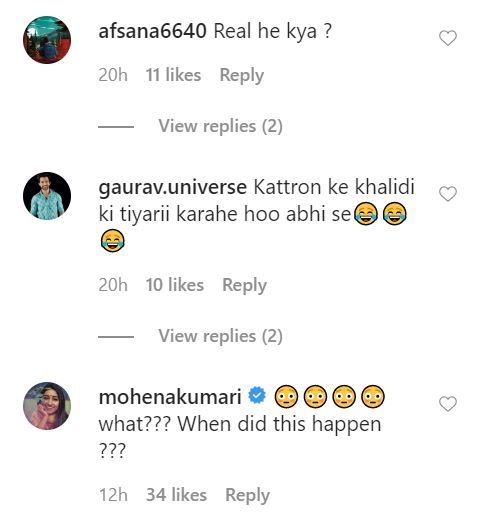