'Yehh Jadu Hai Jinn Ka' actors spend time with loved ones as they aren't shooting at the moment for their show. Have a look at what they are up to.

One of the many shows to stop shooting amidst the Coronavirus crisis has been Yehh Jadu Hain Jinn Ka. The actors from the show seem to be enjoying some me-time as they take up the self-isolation measure. Aditi Sharma seems to be making videos on Tik Tok while Vikram Singh Chauhan can be seen keeping his spirits up.

What is cast of Yehh Jadu Hai Jinn Ka up to?

Aditi Sharma can be seen spending some quality time making Tik Tok videos. She recently posted a Tik Tok video where she could be seen dubbing a hilarious segment that is currently famous on the video making site. In the next video, she could be seen tagging one of her friends to express that she misses their company. In this Tik Tok video, she can be seen lip-syncing to a song based on health. Aditi Sharma also recently posted a screenshot of a video call that she was having with her friends. She has mentioned in the picture that she wants her friends to let her sleep. Have a look at snips from her story here: 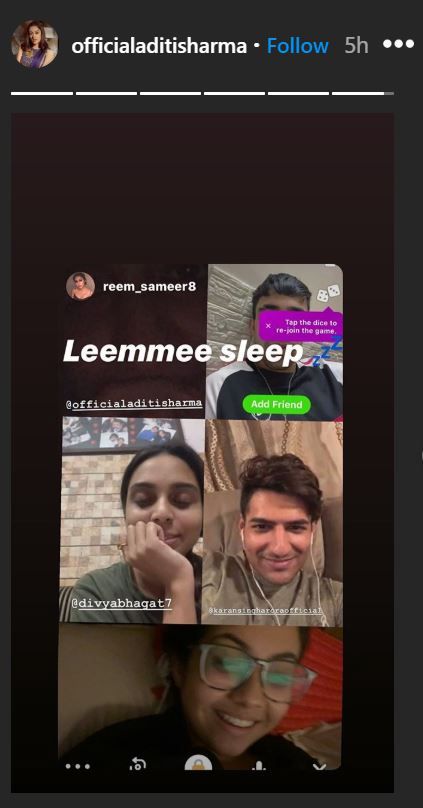 Vikram Singh Sharma has also been one of the stars to self-isolate themselves. He recently posted a picture of himself with a meaningful caption to lift up the spirit of his followers. He has written in the caption for the picture that these times will teach everyone something or the other about life. He has also asked people to prioritise in the right manner. He has also written how this will help people in pursuing hobbies like cooking, gardening, etc. Have a look at the post here: