'Hello Jee' Cast: Actors And The Characters They Portray In The New ALT Balaji Web-series

'Hello Jee' cast includes well-known names from the Hindi television industry. Read on to know about the cast and their characters in the new ALT Balaji show. 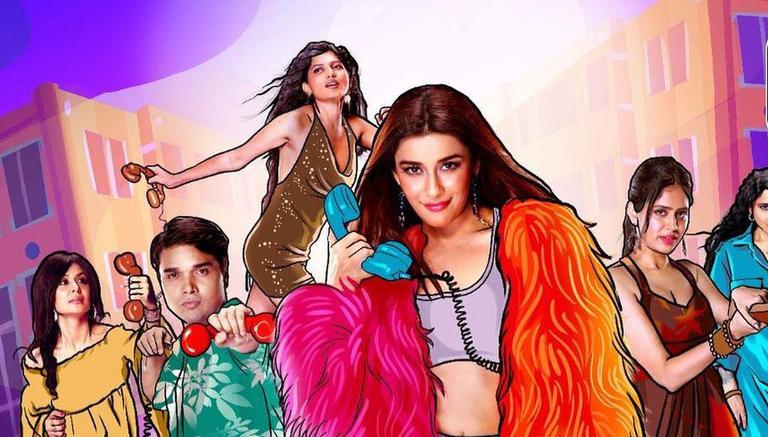 Hello Jee is a brand new web series, which will stream on ALT Balaji and will be available on Zee 5 as well. The show will revolve around a phone dating operator who is trying to run away from her past and ends up emancipating struggling women in a quaint place. The lead character, portrayed by Nyra Mukherjee will be seen making her way through societal stigmas. It is also reported that actor Sunny Leone will have a guest appearance on the web-series. Read on to know about the cast of Hello Jee.

The Hello Jee characters would include Angeline, played by Nyra Bannerjee on screen. Nyra is an actor and assistant director and has appeared in several television serials including Divya Drishti and Excuse Me, Madam. She has been a part of several Telugu films as well and started her career in 2009 with the Telugu film titled Aa Okkadu. Her other works include Kamaal Dhamaal Malamaal, Shadow, Veta, Koothara, Temper, Green Signal among others.

The Hello Jee cast would also include Kalyani Chaitanya, who would play the role of Malti. Kalyani is a television actor and her first role was in the successful Bollywood period drama Jodhaa Akbar, wherein she appeared in a small role as Saghuni Bai. She has worked in several Hindi serials like Naagin 2, Jis Desh Mein Hai Mera Dil among others. She is currently seen in the ALT Balaji web-series titled Gandi Baat.

The cast would also feature Akshaya Shetty, in the character of Sonal. Shetty is an actor and model, who was worked in several web-series. Akshaya made her debut with a web-show Thinkistaan, directed by Padmakumar Narasimhamurthy in 2019. Later in the same year, she worked in the series named Black Coffee, which streamed on Ullu Originals.

Also Read | Cast Of 'Bohemian Rhapsody': Meet The Actors And The Characters Of The Movie

The cast of Hello Jee also includes Mishthi Tyagi. Mishthi is a television actor and model and also was a finalist in the Femina Miss India contest, back in 2009. She was an anchor for the television program named Showbiz and has acted in shows like Pravitra Rishta, where she played the role of Tajaswini Manav Deshmukh, Kitni Mohabbat Hai 2 on Imagine TV where she played the role of Raashi Singhania, and The Fast and The Gorgeous, which was hosted by MTV.

Also Read | The Fugitive Cast: Details About The Actors & Their Characters In The 1993 Action Thriller