Masaba Gupta congratulates Money Heist as her show gets on the Netflix watchlist amid several other shows. Read further to know more about it.

Masaba Gupta recently took to Instagram to congratulate Money Heist for making it to the Netflix Top 10 series. However, her own show Masaba Masaba featured at the top of the list. The fashion designer made the post and her fans came in praising Masaba Masaba for its amazing first season.

Also Read | Ahead Of 'Masaba Masaba's' Release, Designer Introduces 'mini Masaba' To Everyone

Recently on Netflix India, the makers released a Top 10 series to watch today list. The top three on that list were Masaba Masaba, Away, and Friends. Lucifer and Money Heist came in quite later in the list; however, Masaba showed her appreciation towards the show. She took to her social media handle and shared the snippet of the Netflix Tweet.

Upon sharing it, she captioned it mentioning that she is simply sharing the post to congratulate Money Heist. Fans were amazed to see Masaba Masaba at the top of the list and praises came in pouring for Masaba. 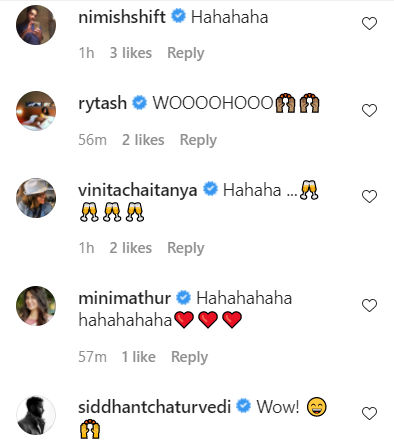 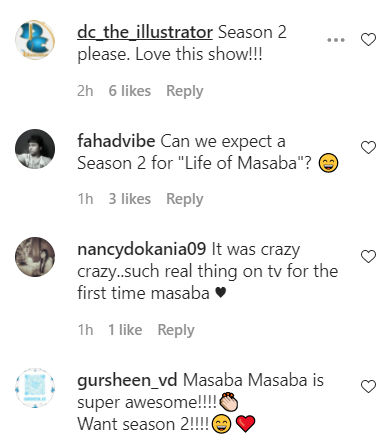 The show Masaba Masaba revolves around the life of Masaba Gupta and several aspects of her personal and professional life. The show focuses on her life as a designer and also being a popular face being the daughter of an actor. Fans have absolutely loved the show and therefore it made it to the Top 10 list on Netflix’s watch list. Fans are currently waiting for the second season of the show and have been requesting the makers to come up with one soon. No official word has been given by the makers for a possible second season; however, several people have loved the show and are eager for the second season of Masaba Masaba.