Have a look at the reason why Jana Kramer couldn't be close friends with her 'One Tree Hill' co-star James Lafferty. She revealed it all in her podcast. 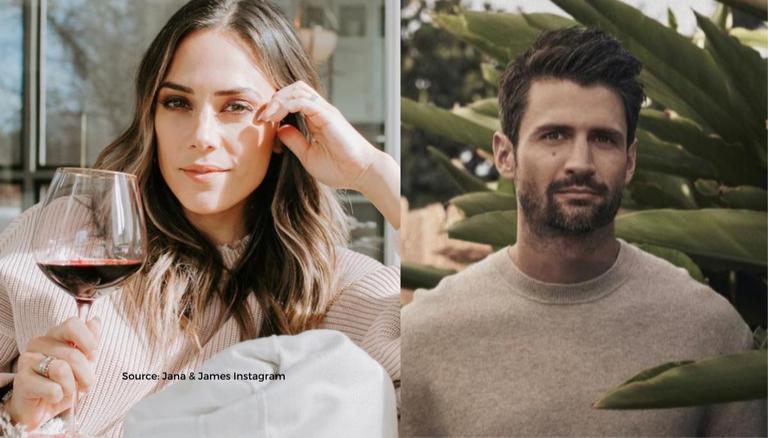 When working on a show for a long time, co-stars often become good friends in real life as well. Actors working in a television show have numerous scenes with their co-stars, which ends up in them getting acquainted. However, that did not happen in the case of Jana Kramer and James Lafferty who worked together on the popular TV show One Tree Hill. Jana has revealed in her latest podcast titled Whine Down with Jana Kramer and Michael Caussin the real reason behind why she hasn’t been able to break the ice with Lafferty.

Jana Kramer reveals why she is not close with James Lafferty

Jana’s podcast, which also featured Lafferty and Stephen Colletti, saw her revealing the reason why she was the “closest” to Colletti and couldn’t become close friends with James. The reason that she revealed why she was closest to Stephen is that they had many scenes together in One Tree Hill and had lesser scenes with James. However, according to Kramer, it is not the only reason why she is not that close with James. Jana was told on the sets not to be very interactive with her co-star.

She further revealed that she was told that she could not talk to James if she is already “friends” with Stephen. The actor thus believes the situation on the sets to be the reason why she hasn’t been that close with Lafferty. Jana first appeared on One Tree Hill back in 2009, which is 6 years after James and 2 years after Stephen and hence had to follow the instructions given to her by others. While she did not reveal the person who she received this instruction from, that was the distinct reason Jana gave to both of her co-stars on the podcast.

ALSO READ: James Lafferty Recalls Struggle After 'One Tree Hill' Ended, Says He Got A "reality-check"

One Tree Hill had begun way back in 2003 before finally ending in 2012. While Jana Kramer gained a lot of popularity with this show, she is known more for her skills in singing. She has made a strong impact in country music, having sung several country songs in her career. She has also appeared in other television shows such as Grey’s Anatomy.

ALSO READ: Mandy Moore Strikes An Adorable Pic As She Shows Off Her Bump In Maternity Photo Shoot

ALSO READ: 'Christmas In Louisiana' Cast: Actors And Characters They Play In This Holiday Film

WE RECOMMEND
James Lafferty addresses possible 'One Tree Hill' reboot speculations; Read
James Lafferty recalls struggle after 'One Tree Hill' ended, says he got a "reality-check"
Mandy Moore strikes an adorable pic as she shows off her bump in maternity photo shoot
'Christmas in Louisiana' cast: Actors and characters they play in this holiday film
'Surprised by Love' cast list: Legednary actor Tim Conway steals the show with his humour