Anushka Sharma's 'Pataal Lok' Rated No.1 On IMDb, Star Thanks Fans For Their Love

Anushka Sharma shared the news of Pataal Lok getting rated number one on IMDb. The actor thanked everybody for the love they showed to the show.

Anushka Sharma has been going all out in promoting her series Pataal Lok. The actor is sharing memes, quotes, and even changed her Instagram handle upside down to promote her series among fans. On Thursday, she shared on her Instagram story that Paatal Lok has been rated number 1 on IMDb.

Anushka Sharma shared a screenshot on her social media handle and thanked her fans for the same. She wrote in the caption, “Thank you for the love”. Check out the screenshot of the same below. 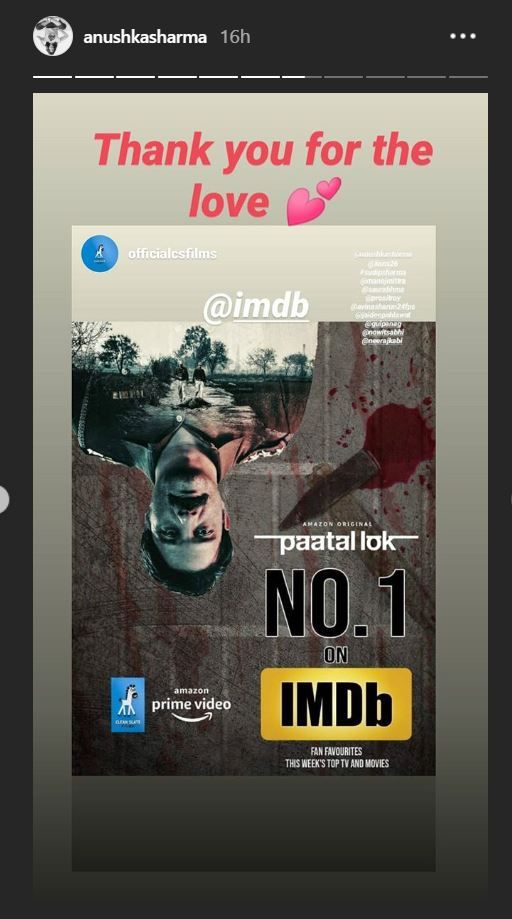 Apart from this, there have been many celebrities who have been taking it to their social media handles to praise the show. Virat Kohli had taken to social media where he expressed how much he enjoyed watching the series. The Indian skipper had written in the caption of the post he had shared that the series is a masterpiece of story-telling.

He further wrote that he was proud of Anushka Sharma for producing such a gripping series and believing in her team all along. Virat Kohli had even said that he was happy that fans were able to see it the same way. Check out the post by Virat Kohli below.

Read | Will Comet Swan Be Visible From India? Details & Images Of The Green Comet Inside

Bhumi and Karan, on their respective Instagram handles, encouraged their fans to watch the series. Anushka Sharma had shared their stories on her handle and thanked the two for the appreciation. Check out their Instagram stories below. 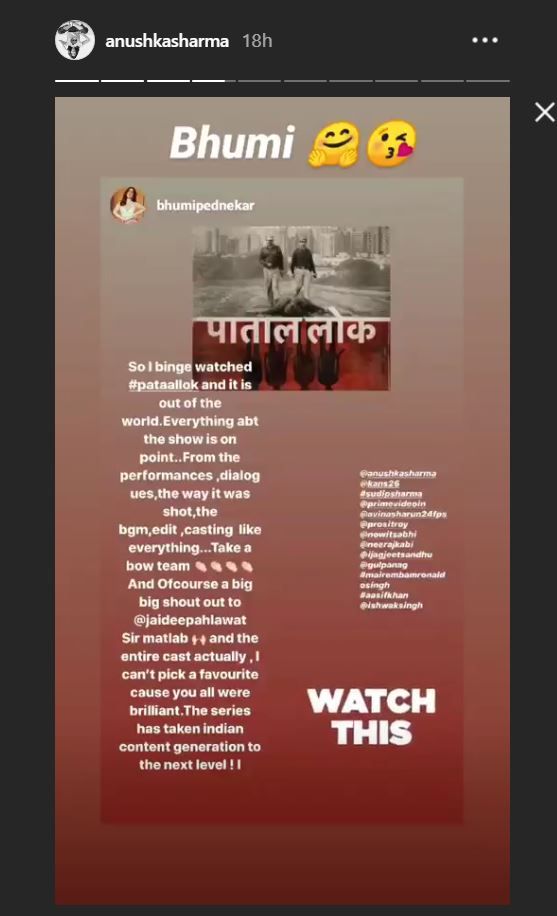 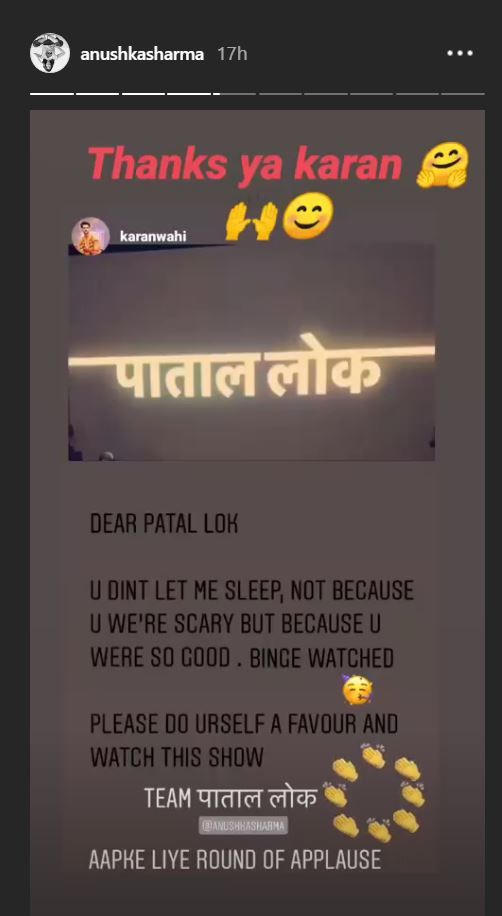 Pataal Lok is a crime thriller web television series produced by Anushka Sharma and Karnesh Sharma. Ever since the release of the show, the series has been garnering appreciation from all nooks and corners. The series. The series star Jaideep Ahlawat, Gul Panag, Neeraj Kabi, Swastika Mukherjee, Ishwak Singh and many more.

On the work front, Anushka Sharma was last seen in Zero and Sui Dhaaga. In Zero, she had shared the big screen with Shah Rukh Khan and Katrina Kaif. In Sui Dhaaga, Anushka was seen with Varun Dhawan on the big screen. The movie had received mixed reviews.

PEOPLE HAVE PLEDGED SO FAR
LATEST NEWS
View all
2 hours ago
Where was Cardinal filmed? Check out all the shooting locations for the show
9 hours ago
Defending Jacob ending explained: Did Jacob Barber murder Ben Rifkin?
3 hours ago
'Raktanchal Season 2' release date and what to expect from the upcoming season
1 hour ago
Where was 'Outer Banks' filmed? Learn more about the show's major filming locations
2 hours ago
Does Michelle show up on 'Fuller House'? Know more about Michelle Tanner's appearance