'Rascal Does Not Dream Of A Dreaming Girl' Ending Explained: Does Sakuta Remember Shoko?

'Rascal Does Not Dream of a Dreaming Girl' ending explained: Read below to know what happened in the anime romantic-science-fiction movie -

Rascal Does Not Dream of a Dreaming Girl ending explained

The film begins with the character of Sakuta who is dating Mai for the past six months. Mai is also his senior which gives him a certain sense of accomplishment amid his friends. His peaceful life is disrupted when Shoko, Sakuta's first love is seen by the latter. This means that Sakuta has now witnessed two Shokos, one from the middle school and an adult version of her. It is then revealed that the middle school-going Shoko is going through a dire health crisis which requires her to get a heart transplant. The film leads its audience into a much complex and detailed premise.

Also read: What happened to Sulli? Death of the K-Pop celebrity explained

An adult Shoko then shows up, looking healthy, saying that it was Sakuta who donated the heart after he was found brain dead following an accident. Shoko comes back in the timeline of the film in order to save Sakuta's life. The accident takes place on Christmas Eve, which prompts Sakuta to get into the accident SITE and save Shoko's life. Mai does not wish Sakuta to die and thus the two argue, Sakuta almost ends up dead but Mai pulls him on the other side and gets hit by the car instead. This makes her the donor of Shoko's heart.

Also read: Who does Frankie end up with on 'Rizzoli and Isles'? American show's ending explained 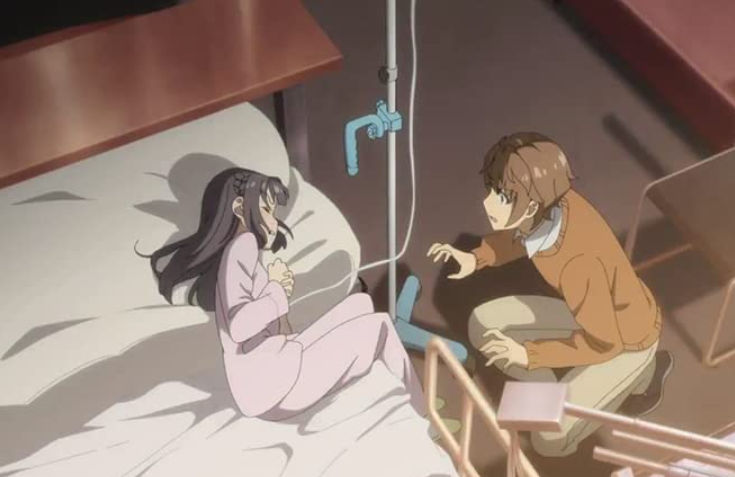 The adult Shoko sees Sakuta grieving the loss of Mai and advises him to go back in the past and change what happened. But this also means that Shoko will never get a heart transplant. Sakuta stops Mai from being run over by the car and does not let the car hurt him too, which means that Shoko does not have a donor now. The couple then decides to find a way in which Shoko does not die and promise each other to do so.

Also read: Does Jane Rizzoli end up with Casey? Read all about Rizzoli and Isles' ending

The film takes yet another time jump when Shoko was in her fourth grade. Sakuta and Mai visit the shrine and later stumble upon Shoko, who is now a fourth-grader kid. The duo eventually recognizes each other at the end of the film.