The Lie trailer has been released by Amazon Prime Video on YouTube and it features actor Joey King in a crime-thriller genre film. Check it out below -

Blumhouse has had a series of creepy films under their kitty ever since their epitome and has yet again ventured out in the dark crime genre. Amazon has released a trailer for The Lie which features Joey King from the Kissing Booth 2 and The Act fame in the lead role. This thriller-crime film had debuted at the Toronto Film Festival back in 2018 and has now been picked up by Amazon in a partnership deal with Blumhouse productions in a four-film package deal. Check out the trailer for The Lie below -

Also read: Julie And The Phantoms Quiz: Find Out If You Are Alex, Reggie Or Julie

The trailer kicks with a dark colour palette, synonymous with the Blumhouse brand. It showcases the story of a teenager who impulsively kills her best friend which forces her parents played by Peter Sarsgaard and Mireille Enos to cover up the crime. The trailer itself showcases that wanting to cover up the matter later leads to them falling into deep trouble.

Also read: Samuel L. Jackson Says He Was Planning To Work With Chadwick Boseman On A New Project

By the looks of it, similarities between The Lie and Chris Evans' starrer Defending Jacob can be easily made. However, the trailer hints at a much darker conclusion for the story than what meets the eyes in the trailer. While this won't be the first time Joey Kiing has appeared in a thriller genre film, it will be the first time she takes the centre stage. 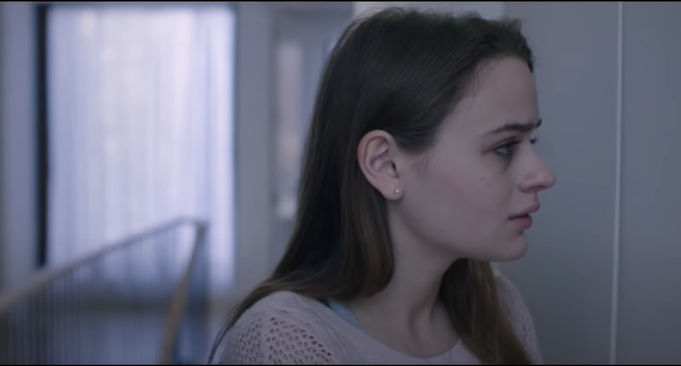 While the trailer looks promising and the film boasts the title of a Blumhouse production, the two-year wait from the festival to find a streaming service does raise some eyebrows. The trailer actually ends up revealing a few crucial plot points from the film which might also spoil the overall watching experience.

However, Joey Kings' departure from her recent Kissing Booth persona is a treat to watch. Whether the film provides a fresh take on teenage killers, as done craftily by many other films and television properties will be seen as the film drops on Prime soon.

Also read: Scarlett Johansson Speaks On Black Widow's Death & What's Next For Her As Natasha Romanoff

The Lie has been written and directed by Veena Sud. it features Joey King, Mireille Enos and Peter Sarsgaard in pivotal roles. It has been bankrolled by Alix Madigan-Yorkin, Christopher Tricarico and Jason Blum. The Lie will be debuting on Amazon Prime Video next month on October 6, 2020.