The Mandalorian Season 2 Introduces The Dark Trooper, Find Out Who He Is

The Mandalorian season 2 episode 4 introduced Dark Troopers from the Star Wars game Dark Forces. Here's All you need to know about the villains.

The Mandalorian Season 2’s latest episode proved to be a surprisingly eventful episode on multiple fronts. One of the most iconic moments on the show came when the show makers introduced a major Star Wars video game villain, The Dark Trooper to the fans. The Dark Trooper is officially a part of Disney's Star Wars timeline, which means he is the new enemy Mando and his friends have to contend with. Read on to know more.

Read | 'The Mandalorian' episodes: Read breakdown of all episodes aired so far

A report in IGN, reveals that the Dark Trooper was first introduced to the science fiction franchise in the 1994 PC game Star Wars: Dark Forces. Dark Forces chronicle around Kyle Katarn, an ex-Stormtrooper and mercenary who is hired by Mon Mothma to steal the plans for the first Death Star. After this Star Wars game pivots to a series of missions involving Kyle and his partner Jan Ors investigating the top-secret Dark Trooper Project. 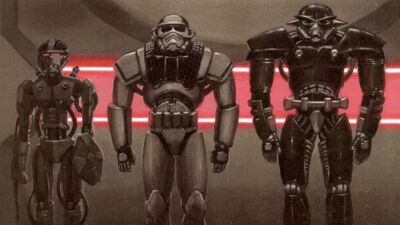 Read | 'The Mandalorian' episodes breakdown: Season 1 recap to gear you up for S2

The game’s storyline reveals that the Dark Trooper Project is the brainchild of General Rom Mohc, who is a notable Imperial known for his obsession with one-on-one combat and his distaste for impersonal super-weapons like the Death Star. The Dark Trooper has been designed to be a much more powerful alternative to Palpatine's ordinary Stormtroopers. The Dark Troopers are armed with stronger weaponry and jetpacks. They also have a nearly indestructible armour forged from the rare metal phrik. 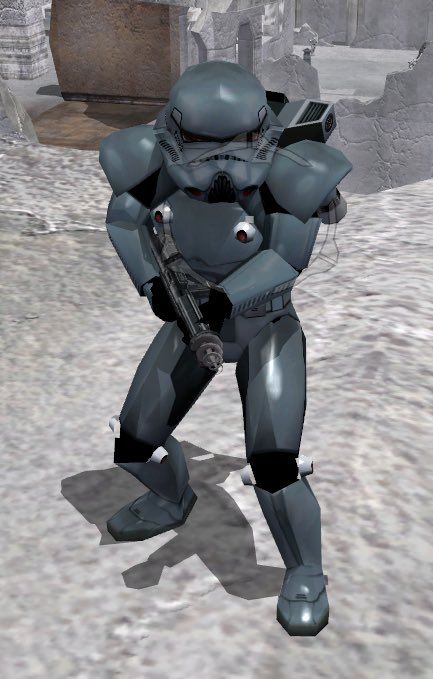 Can The Mandalorian reinvent The Dark Trooper?

In the final scene of The Mandalorian season 2 episode 4, it appears as though there are Phase 2 or 3 Dark Troopers. The majority of Dark Forces game takes place shortly after the events of Episode IV, whereas The Mandalorian is set five years after Return of the Jedi. So according to the Star Wars timeline, the Dark Trooper Project should be long gone by now.

WE RECOMMEND
1 week ago
'Star Wars' creator George Lucas faced studio backlash during prequel trilogy?
2 weeks ago
Star Wars: The Mandalorian fans do not find Baby Yoda cute anymore due to latest episode
4 weeks ago
What time does 'The Mandalorian' Season 2 release? Read all about Season 2
2 weeks ago
Pedro Pascal reveals he is 'cool' with Baby Yoda's popularity on 'The Mandalorian'
6 days ago
'The Mandalorian' episodes breakdown: Season 1 recap to gear you up for S2