Where Was 'In The Key Of Love' Filmed? Know Intriguing Details About Its Shooting Location

'In The Key of Love' is a 2019 movie released by Hallmark. It was filmed at exotic locations and here we have listed down where was it filmed. 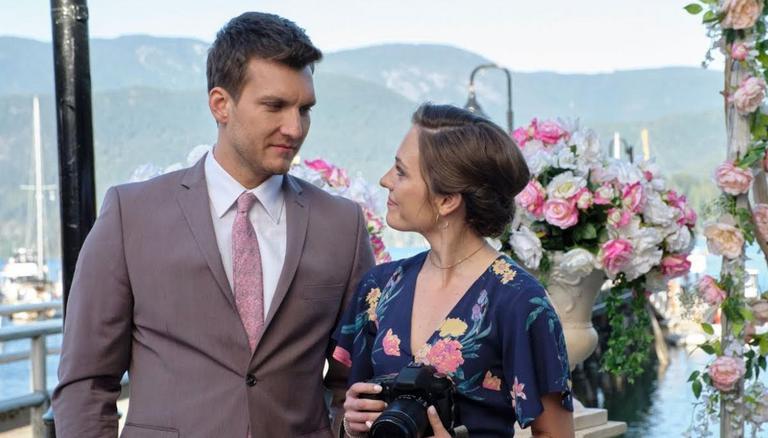 Directed by Clare Niederpruem, In the Key of Love is a romantic 2019 movie released by Hallmark. The plot of the film revolves around the life of a photographer Maggie, who visits her hometown in order to attend a wedding. However, things take an unexpected turn when she learns about her ex-boyfriend’s presence at her sister’s wedding. The setting of the movie is so splendid that it keeps viewers hooked to its imagery. Considering the fact that the movie is fictional has made many fans wonder about the shooting location of the film. Hence, here’s taking a closer look at the shooting location of In the Key of Love.

Where was 'In the Key of Love' filmed?

In the Key of Love is set against the backdrop of Piedmont Island but in reality, the film wasn’t shot on Piedmont Island. Instead, the major portion of this film was filmed in Vancouver, British Columbia in Canada. Vancouver offers filmmakers a picturesque location filled with natural beauty. The lead actor of the film Laura Osnes’ favourite thing about shooting for In the Key of Love has been its shooting location, as reported by Distractify. According to her, the shooting location of the movie was ‘spot-on’.

ALSO READ| Where Was 'Goldeneye' Filmed? Know All Details About The Shooting Location

The main event in the entire movie was surrounded around Maggie’s sister’s wedding and the entire wedding was shot at Bowen Island. As per the outlet, Scott Michael Foster, the male lead of the movie believed that wedding scenes of the movie were his favourite ones as it was filmed at ‘breath-taking places’. He reportedly enjoyed shooting near mountains, lakes, and islands.

ALSO READ| Where Was 'Half A Sixpence' Filmed? Know Details Of The Musical Film's Shooting Locations

For the unversed, Bowen Island is just a day-trip from Vancouver. It is an easily accessible place that attracts tourists in large numbers. The region is cladded with vibrant natural beauty, temperate rainforests, and chilly lakes. The food of Bowen Island is another reason why the place is flocked with tourists every now and then.

ALSO READ| Where Was 'I'm Your Woman' Filmed? Know Shooting Location Of The Crime Drama

About 'In the Key of Love' cast

ALSO READ| Where Was 'Brassic' Filmed? Know Interesting Details About Shooting Location Of This Show

(Promo Image Source: Still from In The Key of Love)