On January 13, 2021, Viral Bhayani took to his official Instagram handle and shared a funny video with his fans and followers. In the hilarious video, a dog can be seen giving his blessings to the devotees coming out of the temple. The video has taken over the Internet and many of the actors too reacted in the comments section of the post. 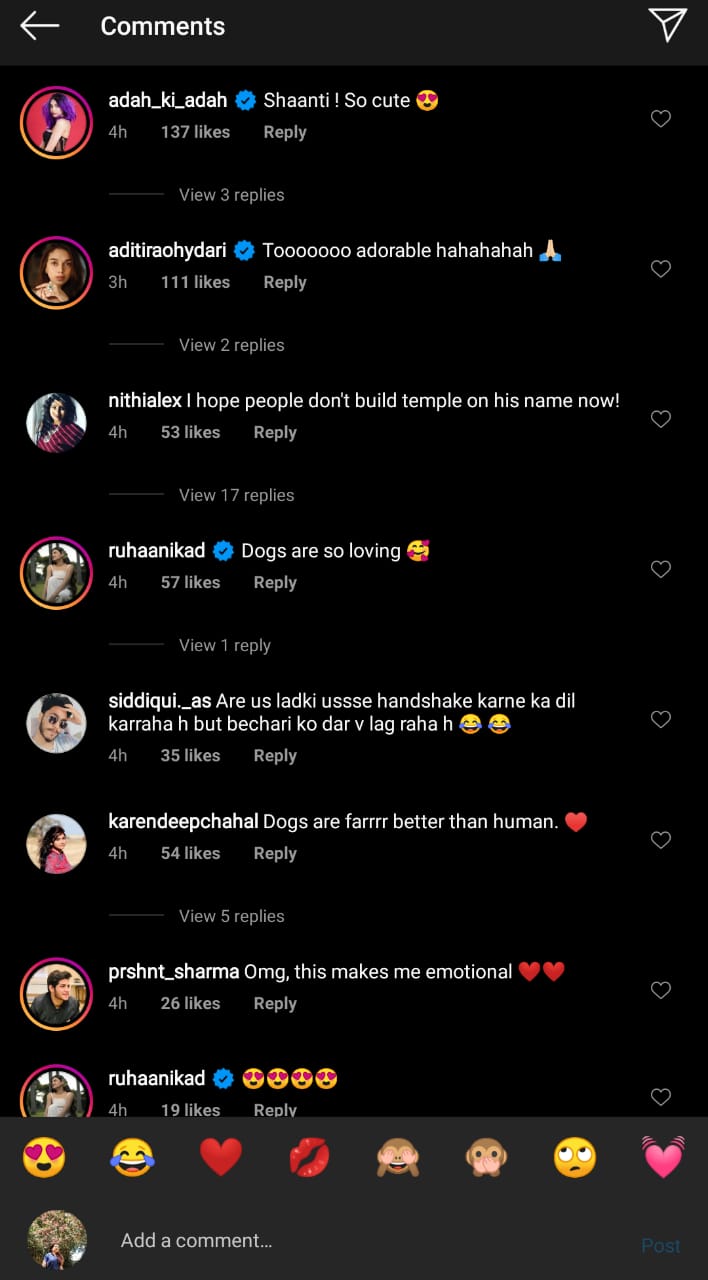 Viral’s fans and followers too wrote positive comments on the post. A user commented, “Awww!! This made my day” with a pink heart. Another one commented, “Check for the girl’s reaction standing on the other side” with a pair of laughing emoticons. A fan wrote, “Oh my goodness. What a beautiful baby… so heartwarming to watch people showing pup the love” with several heart-eyed face emoticons.

Aditi and Adah are active social media users and are fond of dogs. The duo often share snippets of their time enjoying with little pups. On December 15, 2020, Aditi shared an adorable video of herself playing with her pet dogs. In the caption, the Bollywood diva wrote, “Jumping on the bandwagon with ‘#ZoeAndGiri’ like ‘#SorryNotSorry’” with a laughing face emoticon. Fans adored her video and dropped lovely comments. A fan commented, “So cute you r my favorite actress” with a moon emoticon. Another one wrote, “Oh my God, what is this cuteness!” with heart-eyed face emoticon.

Also read: Adah Sharma Savagely Shuts Down A Troll Who Suggested Her To Opt For Plastic Surgery