Jofra Archer took cricket fans by surprise after broke into a celebratory jig with a few steps of Assamese folk dance Bihu during an IPL game on October 14.

English cricketer Jofra Archer took cricket fans by surprise after he broke into a celebratory jig with a few steps of Assamese folk dance Bihu during an IPL game on October 14. Archer provided a dream start for Rajasthan as he sent Delhi opener Prithvi Shaw for a duck on the first ball of the match held at the Dubai International Stadium. Celebrating the wicket of Shaw, Archer did a few steps of Bihu which left the fans pleasantly surprised.

The lethal fast bowler soon started trending on Google as people searched his native place and citizenship. Indian cricket fans, especially from Assam, Jharkhand, and Tripura wanted to know more about the West Indies-born bowler from Barbados, who later started representing England at the highest level. “Jofra Archer plays for which country”, “Jofra Archer native place” were the top queries related to the cricketer on Google search. 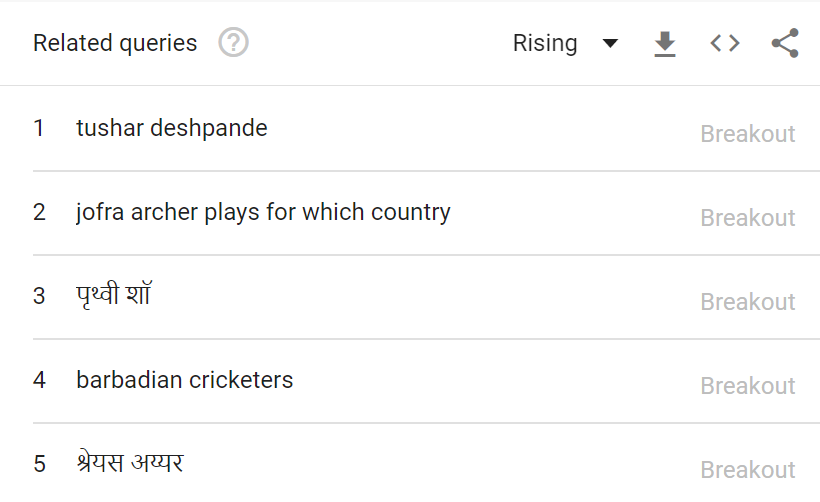 Archer picked the folk dance skill from his IPL teammate Riyan Parag who took the internet by storm with his Bihu celebratory dance a few days earlier. In a match against Hyderabad, Parag hit Khaleel Ahmed for a six on the penultimate ball of the last over to win the game by five wickets in a thrilling turn around. Parag, a native of Assam, showed off his Bihu skills after hitting the winning runs for the team.

While Rajasthan suffered a defeat at the hands of Delhi, social media was busy praising Archer for choosing an Indian dance form to celebrate the wicket of Prithvi Shaw. Check out some of the tweets:

Read: IPL 2020 Live Updates: Delhi Beat Rajasthan By 13 Runs; Climb To The Top Of The Table