Logan Paul is here to support mental health organisations. He recently raised $130,000 as he livestreamed the unboxing of a Pokemon Booster Box on YouTube. 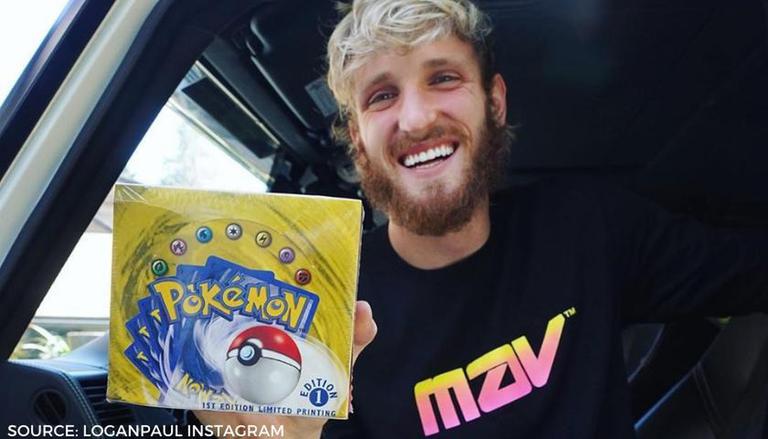 Logan Paul has taken his love for Pokémon to the next level. The YouTuber recently organised a fundraiser for a charity and unboxed a Pokémon Card box live with his fans. This fundraiser successfully raised $130,000 just in a few hours. Even Logan Paul himself was shocked to see the response to his live stream and tweeted his reaction.

Pokémon is one of the most renowned cartoon series in the world. The cartoon series has gone on to be telecasted in many parts of the world thus creating global fandom. Apart from the cartoon series itself, Pokémon merchandise is immensely popular. Many of its first edition playing cards are sold with a thousand-dollar price tag online.

YouTuber Logan Paul recently took advantage of this hefty price tag and the global fan following of the series. Logan recently chose to live stream an unboxing video of Booster Box of Pokémon cards. Along with the unboxing, he also chose to re-sell 35 packs from the 36 packs.  Each of these packs is being sold at $11,111.

Along with this unboxing, Logan Paul surprised everybody when he revealed a Charizard holographic card. In a recent YouTube video, Paul referred to the card as “the holy grail of Pokémon collecting”. In the live stream, he added that the Charizard will be a part of any of the 35 packs that are available for sale.

Logan Paul himself could not believe the response he received to the live stream. He took to Twitter and expressed his gratitude to the fans. In his tweet, Logan Paul also said that he finds it “fascinating” how Pokémon is a way of bringing together and captivating “people of all ages and backgrounds”.

The response to this unboxing live stream has led to Logan Paul to reveal that he is planning to buy another Booster Box and is also ready to pay the finder’s fee. Take a look at Logan Paul’s tweets here.

last night was one of the coolest experiences of my life. 3.6M views, 300k concurrent viewers, raised ~$130,000 for @NAMICommunicate, and made Pokémon/entertainment history. thank you to all the viewers, donors, and buyers for an unforgettable evening! pic.twitter.com/MtADt6lruB

im still stunned at how three stadiums full of people watched a grown ass man open pieces of cardboard for three hours straight 😅 pokémon has a fascinating way of bringing together & captivating people of all ages & backgrounds, regardless of their knowledge of the hobby. insane

buying another. tell your friends. tell your family. will pay a finder’s fee. pic.twitter.com/VXX6ZbIIYK