Just a week old, Nieves is a first-ever white Bengal tiger cub of its kind, born to a yellow and black Royal Bengal tiger which was rescued 5 years ago.

A ‘rare’ white Bengal tiger cub named Nieves (Snow) born at a zoo in Spain, Central America was rejected by its mother and is now being raised by humans. Just a week old, Nieves is a first-ever female of its kind, born to a yellow and black Bengal tiger which was rescued 5 years ago. Due to its unique appearance, the cub was rejected by the tigress and is now tended by Zoo director Eduardo Sacasa. Nieves was born white due to a recessive gene, which it inherited from the male tiger and its mother Dalila is now unable to produce the milk for the cub, according to BBC.

The female rescue tiger was taken in by the Zoo after she was abandoned by a circus. She mated with a white Bengal tiger under the captive breeding programme that resulted in the cub’s distinctive features and skin colouration. However, the female cub Nieves appears to have inbred genetic deformities and isn’t the only white cub in the zoo. Earlier at least two white male cubs Osma and Halime were welcomes by the Nicaragua zoo which was donated by a zoo in Mexico. However, the White Bengal tiger cub is the first-ever white tiger born within the country. The cub is now being tended with a milk bottle by the zoo’s caretaker Marina Arguello. While most cubs with inbreeding animosities are born with health issues, Nieves is a healthy tiger cub that feeds once every three hours.

In a Facebook post, the zoo shared footage of the Royal Bengal tiger mother and the white cub relaxing. “Birth of a White Bengal Tiger daughter of a pair of yellow Bengal Tigers but with white maternal grandfather,” it informed in the caption. Viewers were amused at the “beauty” of the tiger infant as they wished both mother and the cub good health. “What a precious little thing! Baby animals are the cutest, I loved watching it even though it's on video,” one wrote. “How many tigers do they have in labor?” Asked another. “ Doctor, that puppy is so tiny! How do you know the tiger was in a gestation condition if the puppy is so tiny compared to the size of the mother?” Another enquired. 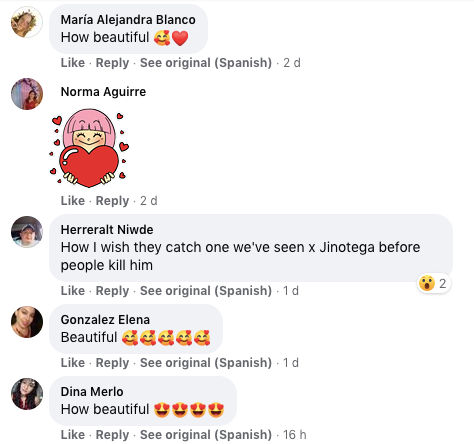 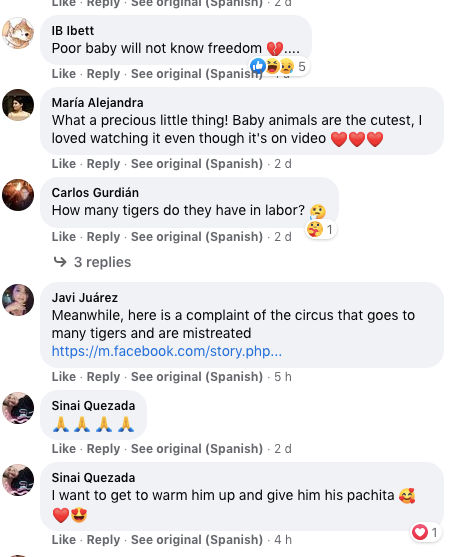