Apple Vs Samsung war continues as Samsung takes a cheeky jibe at Apple for removing its charging brick for its new iPhone 12 line up. Read ahead to know.

The recent launch of Apple’s newest iPhone 12 resulted in mixed reactions among people. Apple, in their live event, announced that they will be taking out the charging brick from their new line up. The company explained that they did this ensure that the carbon footprint on the world can be reduced and thus help in building a better future. However, a number of people did not see eye to eye with this new decision made by Apple. Thus, several trolls targetted this decision made by Apple. Amid this, long-time rival Samsung too took a jibe at the company for the charger removal aspect.

Samsung’s new line of phones has been the talk of the town ever since the company introduced the world to foldable phones. Thus taking to social media, Samsung posted an advertisement where they focused on the fact that the charger will be included with their line-up of phones. Fans immediately understood the subtle jibe Samsung took at Apple. Samsung later took the trolling a bit further in their caption by mentioning that the Galaxy phones provide users with exactly what they are looking for.

They added that a basic charger, the best camera and high performance is what one can find on their smartphones. Samsung users were thrilled with this subtle yet straight diss the company made towards Apple. The post also featured a picture of just a black charger. Samsung added the tag line “Included with your Galaxy” thus addressing the obvious charger removal by Apple. 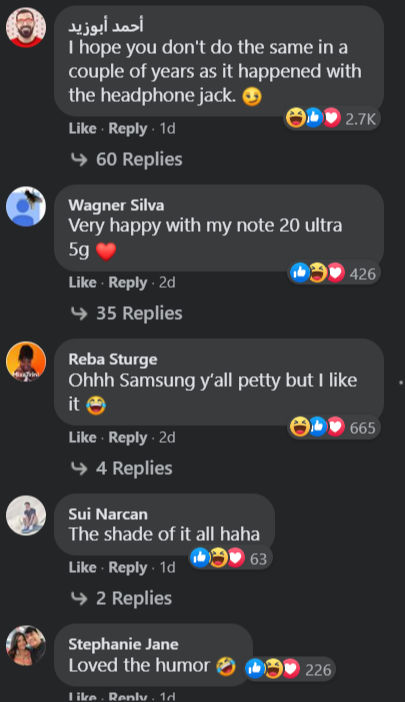 Fans loved this Apple vs Samsung tech war and laughed out in the comments section. The post has since then gone viral with a number of reactions pouring in from fans. With over 66 thousand shares, the post has become a viral post on Facebook. Fans of the tech universe had several mixed reactions about the removal of the charger by Apple. While some agreed to the reason laid out by Apple, some users were of the opinion that a smartphone should be equipped with a basic charger.

WE RECOMMEND
6 days ago
Apple's iPhone 12 stirs up a meme fest on Twitter, fans call it 'iPhone 5's child'
6 days ago
iPhone 12 showcases the League of Legends Wild Rift; know all details
3 weeks ago
iPhone 12 mini leaks: Launch date, specifications, pricing and other details
1 week ago
iPhone 12 Mini to miss out on many features from the standard editions
1 month ago
No iPhone 12 this year? Apple to not announce new iPhone at virtual event