Union Minister Smriti Irani is a huge fan of Bollywood music like most of us. In past she had, many times, shared songs from her playlist including Shayad and Haan Main Galat from Imtiaz Ali’s Love Aaj Kal. Recently, Irani shared a video clip that shows Television anchor and actor Maniesh Paul crooning Channa Mereya.

'In collaboration with Raghav Sachar'

The short video clip was Paul's collaboration with musician and Singer Raghav Sachar. While sharing the post, the Union Minister also remarked that ongoing lockdown had "unlocked unexpressed and unknown” potentials in many of us. Presenting the collaboration, she wrote, "Here is yet another example - a man who laughed his way to the bank is singing his way into the hearts of many."

The short clip features Paul crooning famous song Channa Mereya from 2016 release Ae Dil Hai Mushkil and is joined by Sachar who also plays saxophone and a guitar. The post has captured everyone's attention racking up 35,385 views in just a few hours. It has also received appreciation from both, commoners and celebrities including Irani's close friend Ekta Kapoor. While many lauded, Paul and Sachar's composition other lauded Irani for promoting the work. 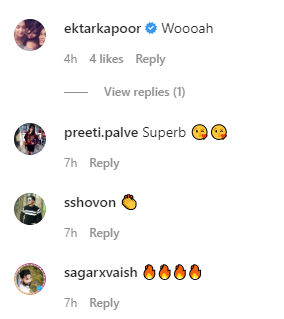 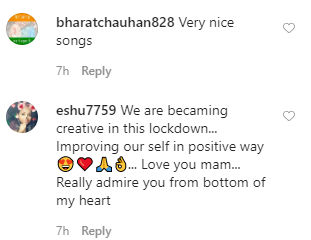 Yesterday, the 44-year-old also tried her hand at the viral 'Guess the Gibberish' challenge on Instagram. Taking to stories, she posted two videos wherein she could be seen acing the challenge. In the first, she successfully cracked 'all huck each arm' as 'lucky charm'. Irani also guessed the second one 'huge act mend' correctly as ' Hugh Jackman' but surprisingly, the answer turned out to be 'Ryan Reynolds'. The answer for the second one left the minister stunned and her frowned expression said it all.