This Adorable Friendship Of Cow And Dog Is Winning Hearts On Social Media; Watch

We all have a special friend in life and animals are considered to be a good example of friendship. An adorable of a cow and dog is just dripping love.

We all may have that one friend who is so lovely and so kind but who simultaneously doesn’t understand the meaning of personal space. Well, here is a video to forward to them with a simple ‘omg us’ to reflect on your sometimes annoying but always worth it friendship!

This video of a cow and dog being ‘ferns’ has been doing rounds on the internet with traces going as far back as to early 2019. Yes, that’s even before the ‘woman yelling at the cat’ meme was a thing; which in netizen years is close to a decade.

Reddit users had some hilarious responses to these two unlikely animals bro-ing it out in the cold.

One person said, “Thank you so much. I never knew how much I needed this”, a comment we wholeheartedly agree with. Another comment on the thread saying, “As they say: cows are just bigger dogs”.

One observant user made a valid point when saying, “My, my. How the tables have turned...doggo don’t like licks to the face either... mwahahaha. Payback for all the time’s mine has gone straight for the nose”.

You Are Now My Fren from aww 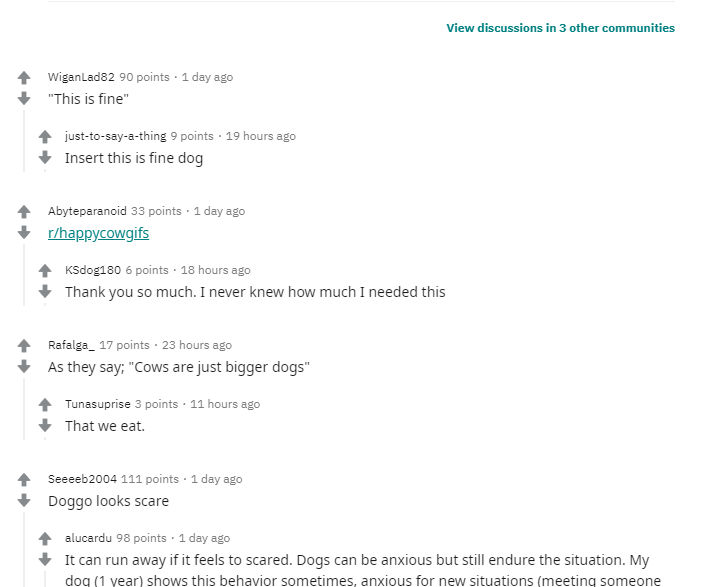 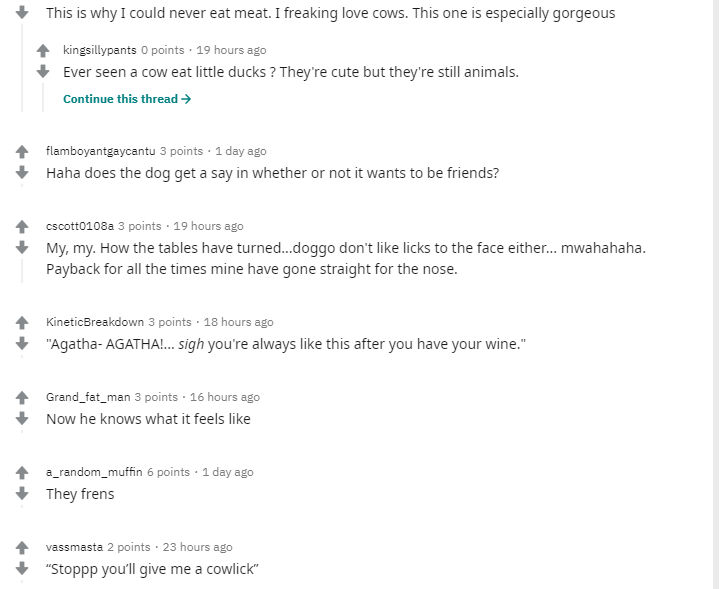 The cute video is gaining much likes on social media and people just can't stop gushing over this video of friendship goals. Some individuals tried to create a narrative for the cool-headed doggo.

One Reddit user said the dog must be thinking, “this is fine”. Another even named the cow, and it wasn’t Moodonna as we hoped, commenting the doggo’s thoughts “Agatha- AGATHA!... sigh you’re always like this after you have your wine”.

Since we don’t speak ‘woof’, we don’t know what this peaceful-looking doggo must be thinking. However, we do know what we think. We think this dog and cow frenship is one for the books! 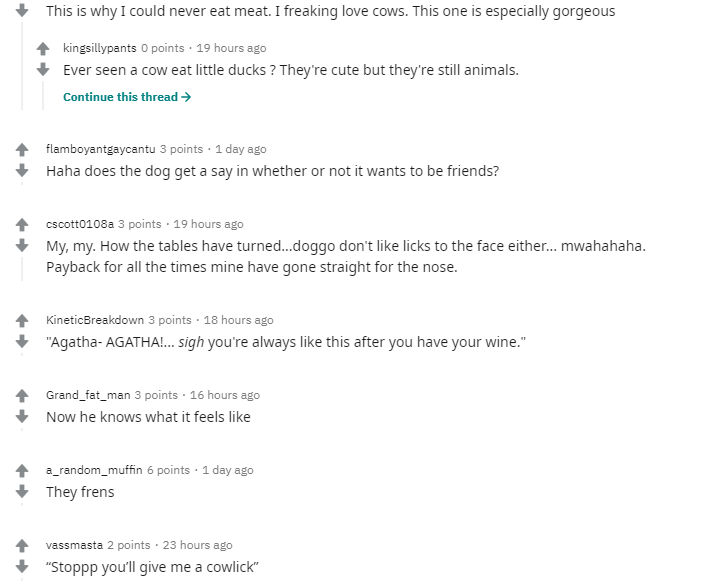 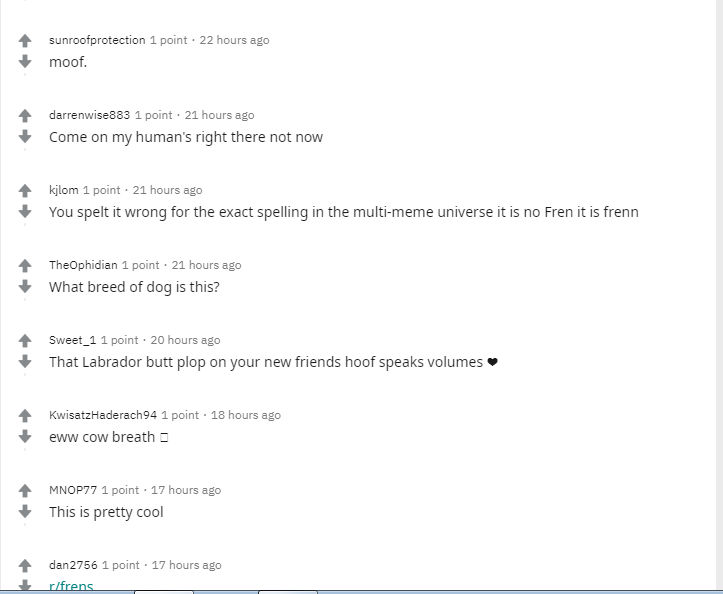 Read:Viral Videos From The Week: From Drunk Elephants To Drone Walking A Dog, Watch Them Here