TikTok users had recently loved the cardigan sported by Harry Styles featuring bright colours. Now, the designer has revealed instructions to sew it.

Back in February 2020, pop singer, Harry Styles was seen wearing a patchwork designer cardigan during a rehearsal before The Tonight Show. The crocheted style soon began going viral on the Internet with various Harry Styles fans and fashion enthusiasts patching up their own versions of the sweater. As Styles' fans attempted in making their own version of the cardigan, #HarryStylesCardigan started trending on the Internet. The cardigan was designed by fashion designer JW Anderson who has now released a downloadable pattern for the cardigan for fans to try their hand at sewing.

Having presumably come across the trend of #HarryStylesCardigan, designer JW Anderson has now released a downloadable PDF for fans to sew their very own colourful cardigans. In her Instagram post, the designer wrote that he was incredibly impressed and humbled by everyone liking his work. JW Anderson wrote 'A gift from Jonathan to all our TikTok Cardigan fans: “I am so impressed and incredibly humbled by this trend and everyone knitting the cardigan. I really wanted to show our appreciation so we are sharing the pattern with everyone. Keep it up!'. Check out his post below -

The PDF shared by JW Anderson is free for fans to download and knit their own versions of the cardigan. The oversized sweater is reportedly worth 1,535 Euros. Check out excerpts from the sewing instructions released by JW Anderson below - 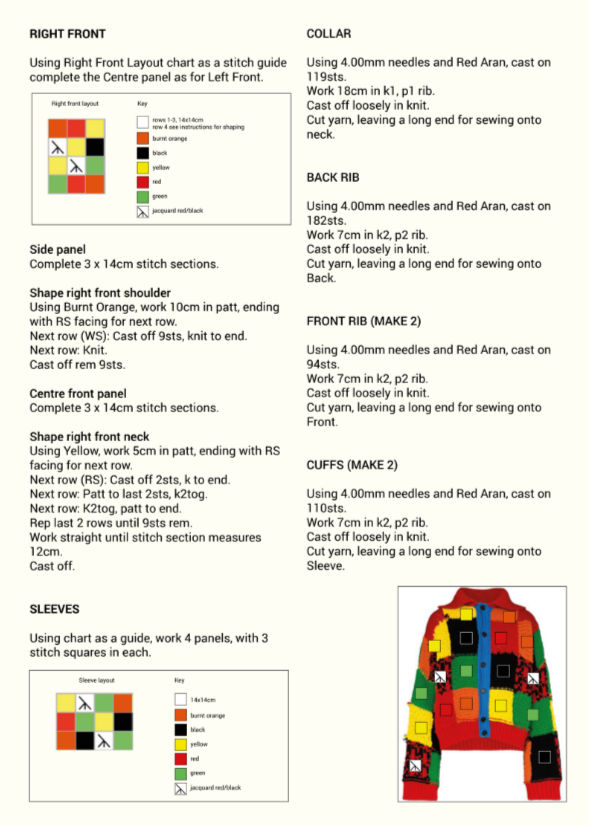 LATEST NEWS
View all
8 hours ago
Anand Mahindra shares pic of Indian owl moth, equates it with people in lockdown
9 hours ago
Video of a two months old monkey named Pheobe is winning hearts on internet; Watch
1 day ago
Video: Coronavirus positive persons get sports and music at care centre to stay balanced
10 hours ago
Beyonce's 'Black Is King' gets a Twitter twist, changes its 'like' button; netizens react
11 hours ago
Homeless man reunites with his dog in a heartwarming video; netizens in awe