The infant could be seen giving several attempts but steps back from concrete road while his mother paces back and forth heeding the stopped car in the video.

An adorable video of a baby Moose’s first encounter on the road is winning hearts on the internet. Shared on Reddit by a user, the 1 minute and a 45 seconds clip shows a mother Moose crossing the street while waiting for the baby Moose to follow, he, however, is reluctant to walk on the road for the first time in a hilarious video. Captured by a driver of the car that halted witnessing the incidence, the clip shows Mama Moose clearly apologetic for her baby stopping the traffic.

With over 14k upvotes, the clip has triggered a huge reaction on Reddit with people calling the baby Moose “cute” and the “little guy scared to get onto the road.” The infant could be seen giving several attempts but steps back from the concrete road while his mother paces back and forth heeding the stopped car encouraging the calf to cross the road. She can be seen occasionally glancing at the car then at the baby who jumps on the grassland each time it steps on the road as if to say, “Mama moose is apologetic for holding up the cars,” as pointed out by a user. “Mama moose is clearly frustrated: “Dammit Jimmy, stop embarrassing me, you’re holding up traffic!” joked another user. “You aren't the only don't worry,” wrote the third user. 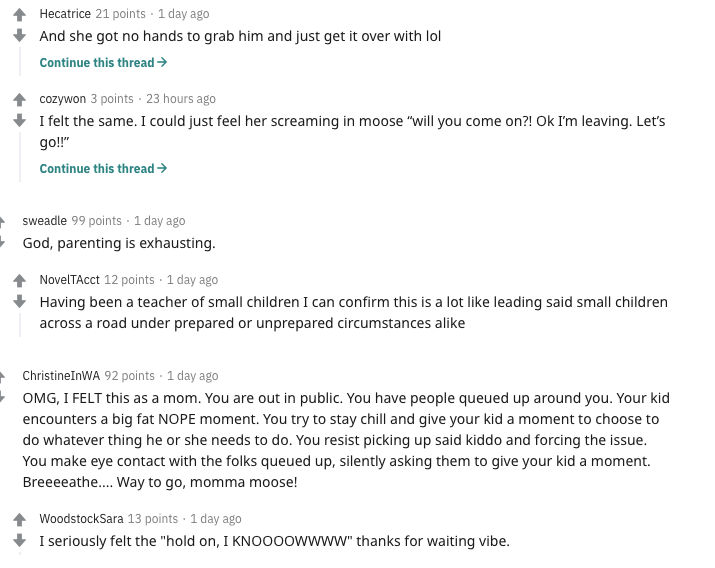 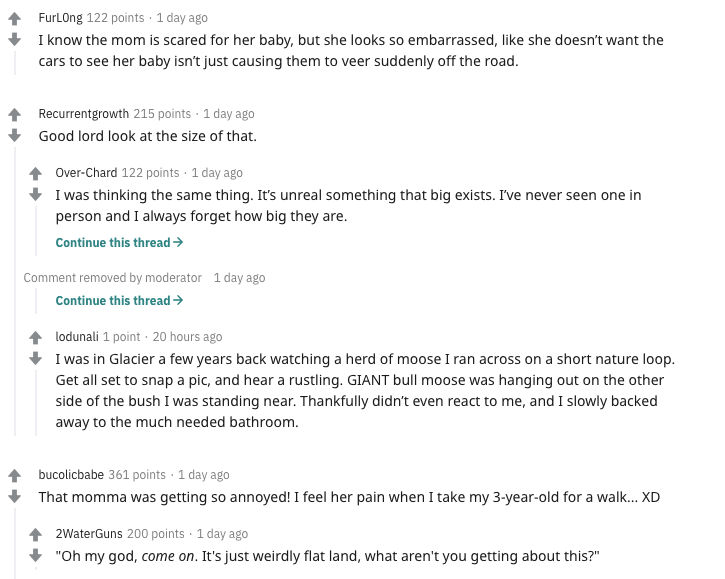 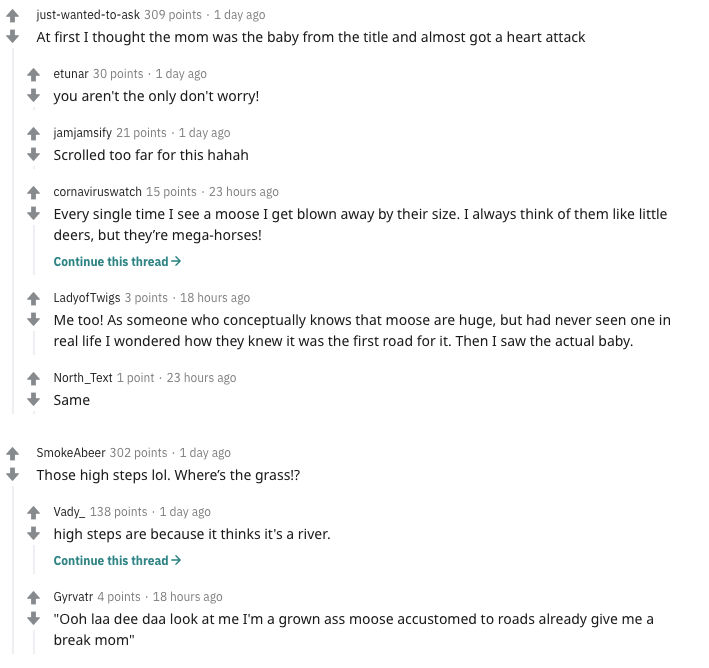 Mother Moose have often been seen as overprotective and caring for their infants. In one such video earlier relevant on the occasion of Mother's Day, an exalted baby Moose could be seen excitedly running and hopping through the jet of water coming to cool off a home’s backyard in the summers. While the infant can be seen frolicking in the water, his mother watches and joins the activity in the green lush yard.

The calf retreats before charging at the sprinkler repeatedly trying to capture his mother’s attention to accompany him in the bathing. As the mother watches, the baby Moose slides through the sprinkler for several minutes enjoying the coolness of the water in the summer’s heat.

Read: Netizens Amazed At Wild But Edible Chinese Mushroom That Turns Green As Soon As It's Cut