Fact check on whether lionesses were spotted in Delhi's Dhaula Kuan area. The viral video states that the animals were seen in the Delhi Cantonment area.


A recent video showcasing a pride of lionesses strolling on Delhi streets became viral on social media. The video claims to be from Delhi cantonment streets near Dhaula Kuan. One can see that the video has been made from inside the car and lionesses along with their cubs are moving past the car. The video states that wild animals are moving freely as the streets are devoid of any traffic jam due to the current lockdown in the country. Check out some social media forwards that have been shared in the past few hours. 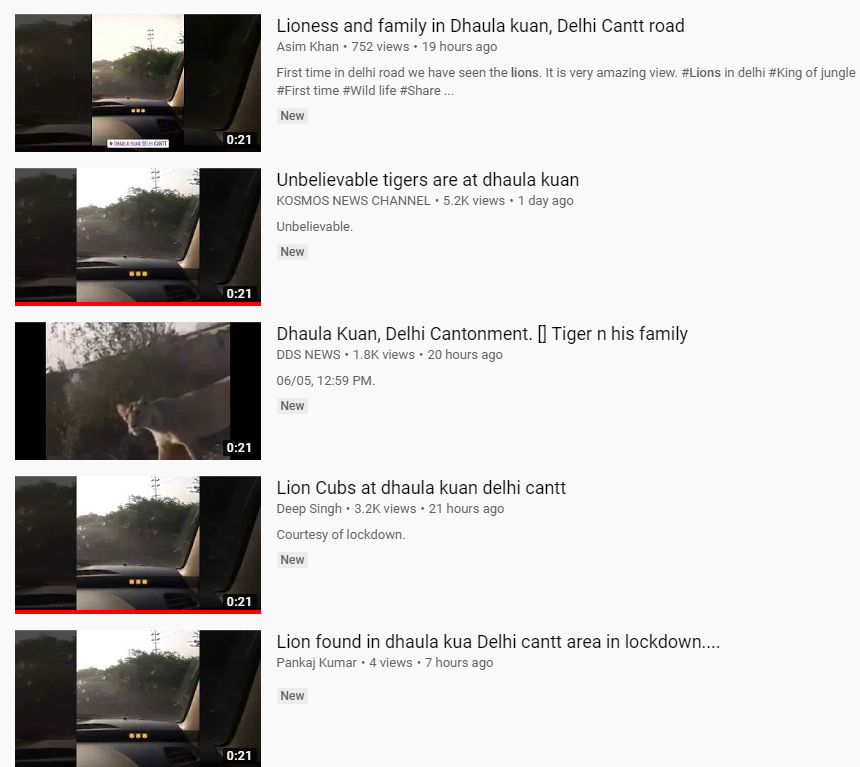 After an analysis of Google Trends with respect to lions spotted in Delhi's Dhaula Kuan rumour, it is found that the maximum number of searches have been done on May 7, 2020.