NSUI lodged an FIR with Vasant Kunj North police station against a video featuring Sharjeel Imam where he made provocative statements of breaking India.

National Students' Union of India (NSUI), a youth wing of Congress has lodged an FIR with the Vasant Kunj North police station against the shocking video of Shaheen Bagh Coordination committee Chief Sharjeel Imam giving a clarion call to cut off Assam from India and the attack the chicken's neck, the part that connects the mainland to the northeastern states of the country. Multiple complaints have been lodged with the Delhi police pertaining to Sharjeel Imam’s ‘Break India’ call. 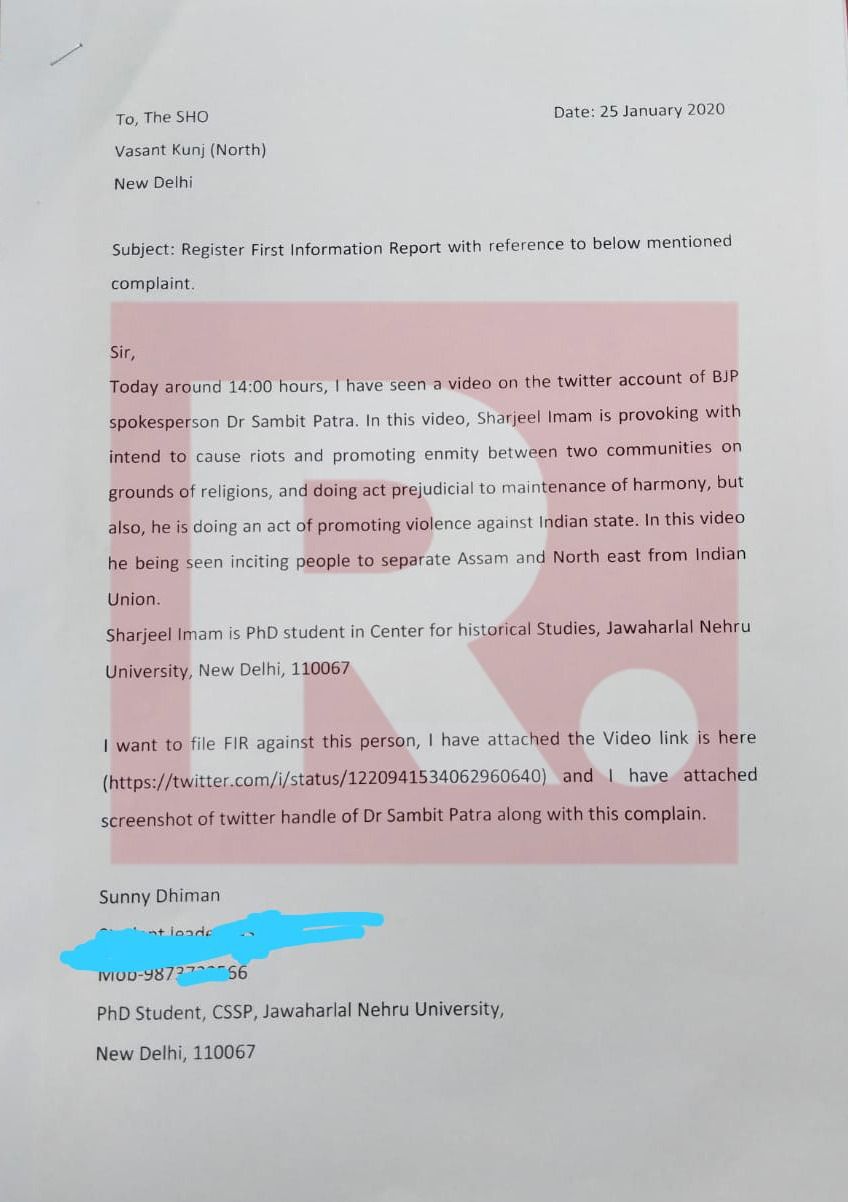 Instigation to cut off Northeast from India

Earlier in the day, BJP spokesperson Sambit Patra shared a video that features Imam, who has also been a former JNUSU member. In the video purportedly from Aligarh in Uttar Pradesh, he is heard saying that 5 lakh people can come together and permanently cut the North-East from India. Moreover, he stressed that this was the only way in which the Indian government would pay heed to the concerns of the protesters.

Shaheen Bagh Coordination committee Chief had shared another instigating video on his Facebook page of a protest in Gaya, Bihar. In the video, he could be seen addressing the Gaya protestors where he mentioned the Shaheen Bagh protest causing the inconvenience to Delhi citizens due to the delay of 4 hours in travel because of the ruckus spread by Shaheen Bagh blockade. Imam called the inconvenience an achievement of protestors and gave a clarion call for more such highway blockades holding the country to ransom until.

Meanwhile, Vishnu Gupta, the head of Hindu Sena, has also filed a case in this regard. The complaint alleges that people with anti-national mentality had joined the Shaheen Bagh protests against the Citizenship Amendment Act. Gupta asked the police to register an offense against Imam under the National Security Act.