Multiple complaints have been lodged with Delhi police pertaining to Sharjeel Imam’s ‘Break India’ call. The complainants include Vivek Garg and Vishnu Gupta.

On Saturday, multiple complaints have been lodged with the Delhi police pertaining to Sharjeel Imam’s ‘Break India’ call. Terming him as the mastermind of “anti-national activity”, the first complainant Vivek Garg alleged that Imam had committed an “anti-national offence”. Contending that the ‘Break India’ call was a deep-rooted conspiracy to wage war against the country, Garg alleged that his working style was that of a terror outfit.

Vivek Garg,Adv&RTI activist has filed a complaint to register an FIR under relevant sections of IPC&National Security Act against Sharjeel Imam,JNU student&organiser of anti-CAA protest at Delhi's Shaheen Bagh for his alleged statement 'Assam should be cut off from rest of India' https://t.co/cFKNOEd877

Meanwhile, Vishnu Gupta- the head of Hindu Sena has also filed a case in this regard. The complaint alleges that people with anti-national mentality had joined the Shaheen Bagh protests against the Citizenship Amendment Act. Gupta asked the police to register an offence against Imam under the National Security Act. 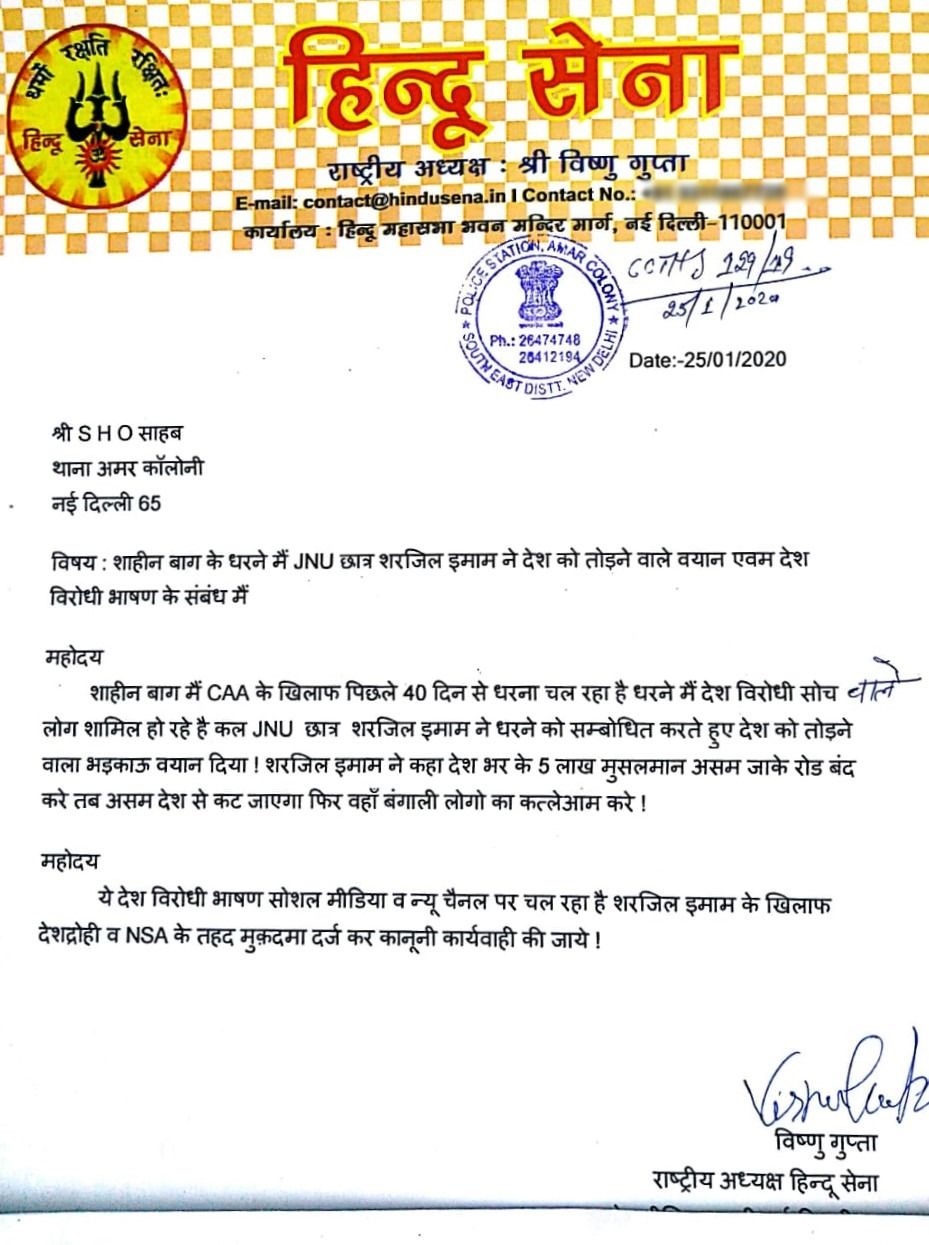 Earlier in the day, BJP spokesperson Sambit Patra shared a video that features Imam, a key organizer of the Shaheen Bagh protests. In the video purportedly from Aligarh in Uttar Pradesh, he is heard saying that 5 lakh people can come together and permanently cut the North-East from India. Moreover, he stressed that this was the only way in which the Indian government would pay heed to the concerns of the protesters.

To uncover the truth behind the Shaheen Bagh protests, Republic Bharat’s News Editor Amit Chaudhary decided to conduct a sting operation on Imam. In the conversation aired on January 19, Imam admitted that 10,000 to 15,000 pamphlets were published and distributed in various parts of the national capital on December 6. This indicates the possibility that the protest was pre-planned and had organizational backing, and not organic as had been claimed. Furthermore, Imam revealed that the thought process behind blocking the entire road was to garner international attention.