The MHRC on Thursday has issued a notice to SP Raigad to remain present on Friday at Human Rights Commission Office at 11 am regarding Arnab Goswami's arrest. 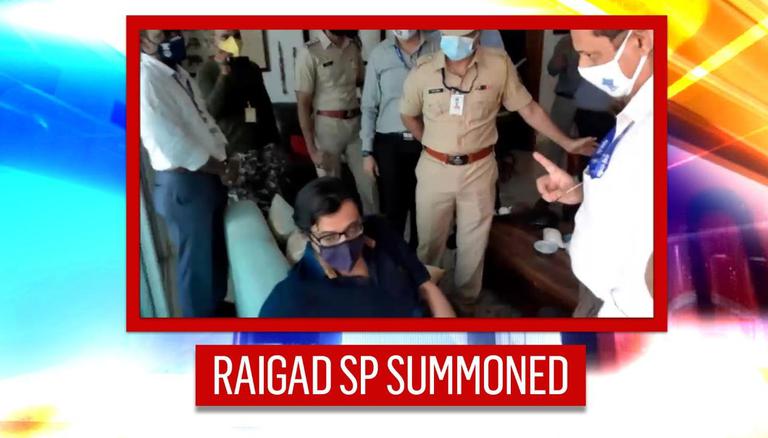 Without any new important informations/proof,

without asking any clarification from #ArnabGoswami

'Pulled by his belt, beaten on the back,' narrates Arnab's lawyer

Arnab was dragged out of his own home as nearly 40-50 police officers cordoned off his residence. Moreover, the cops also attacked his 20-year-old son and manhandled him as he tried to capture the brazen attack by the Mumbai Police on camera. The incident, which has been captured on camera in its entirety and played out before the nation, shows Arnab screaming at the cops to not touch his son.

Atrocious & condemnable heavy-handedness was on full and open display in the outrageous physical assault and forcible arrest of Arnab Goswami; WATCH these visuals that have shocked Indians across the world and triggered protests ranging far and wide . . . #India #Mumbai #Maharashtra #IndiaWithArnab #Arnab #Republic #ArnabGoswami

After the arrest, Maharashtra Police took him to Alibag Police Station and stated that he has been arrested in a 2018 case that was closed in 2019 and has now been reopened without court's permission. Apart from harassing Arnab Goswami at his own residence, the cops also blocked Republic Executive Editor Niranjan Narayanswamy and Senior Associate Editor Sanjay Pathak from entering Arnab's residence. When Niranjan said that it is his right to report, he was thrown out of the building and the Mumbai Police attempted to take away his phone.

#IndiaWithArnab | Arnab Goswami’s arrest has been made part of a larger vindictive exercise against an independent journalist & news network. This is to bring to light real facts on unfounded allegations in a closed case based on which #ArnabGoswami was assaulted & arrested pic.twitter.com/Artf59dBhO

Prior to being produced before the court, Arnab highlighted the injuries on his arms on camera as he stated that he was assaulted by 7 police officers. "I've shown it to the doctors. It was Pradeep Patil, Sachin Vaze and 7 other policemen. They surrounded me, held me by the scruff of my neck, pushed me," Arnab said just before entering the court.

#BREAKING on #IndiaWithArnab | 'You can see the injury on my arm. I've shown it to the doctors. It was Pradeep Patil, Sachin Vaze and 7 other policemen. They surrounded me, held me by the scruff of my neck, pushed me': Arnab Goswami at Alibag court https://t.co/RZHKU3wOei pic.twitter.com/Xi57Pe3y4n