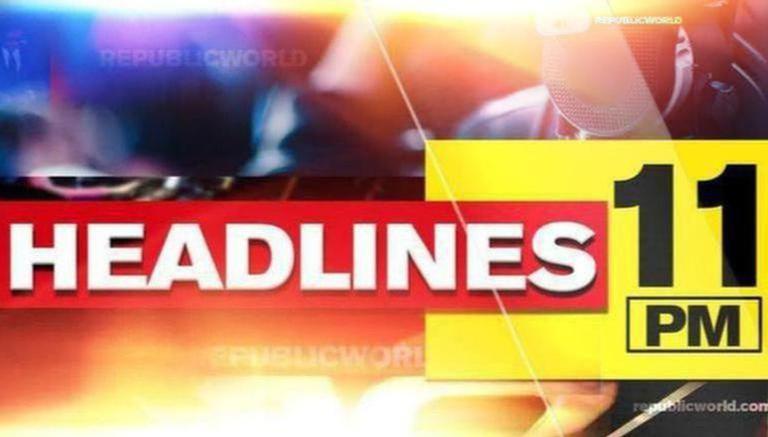 Amid the Omicron scare, the four metropolitans of India- Delhi, Mumbai, Kolkata and Chennai- are seeing a surge in overall COVID-19 cases. Delhi has seen a 42 per cent surge in coronavirus infections with daily cases rising from 923 to 1313 in 24 hours. However, no COVID death was reported in Delhi. With fresh additions, the coronavirus tally rose to 14,45,102 while the death toll remained at 25,107. The recovery count increased to 14,17,804 after 344 people were discharged during the day, leaving Delhi with 2,191 active cases.

India's tally of the highly contagious Omicron variant of COVID on Thursday crossed 1,000 on the back of Maharashtra reporting its highest single-day infection with the new strain, as states further tightened measures to deal with the surge in coronavirus cases.

Hyderabad-based pharma giant Bharat Biotech on Thursday announced that its COVID-19 vaccine Covaxin (BBV152) for kids has proven to be safe, well-tolerated, and immunogenic in pediatric subjects in Phase 2-3 study. The trials found out that the vaccine successfully neutralized antibodies in children on an average of 1.7 times higher than in adults. Moreover, no serious adverse event was reported apart from 'pain at the injection site' which was the most commonly reported adverse event. There were also no cases of myocarditis or blood clots reported, as expected with inactivated vaccines, Bharat Biotech stated.

Prime Minister Narendra Modi on Wednesday chaired a meeting with his Council of Ministers where a key deliberation was held on the Budget 2022, sources revealed. Republic TV has accessed exclusive details of the PM's council of ministers meeting where the budget to fulfil all remaining promises before the 2024 Lok Sabha Elections was discussed, with a special focus on the Agriculture sector.

In a key development, Republic on Wednesday learnt that the Ministry of Home Affairs (MHA) has directed the National Investigation Team (NIA) to probe a massive conspiracy of terror attack in Mumbai. Sources say that the conspiracy was being hatched by a Khalistani organisation, and its leader Jaswinder Singh Multani and his accomplice in India and abroad will be probed by the Central agency for the same.

The Ministry of External Affairs (MEA) on Thursday reacted to China's attempts to rename villages in Arunachal Pradesh asserting that the Northeastern state was and would continue to be an 'integral part' of Indian territory. Issuing a statement on the development, MEA spokesperson Arindam Bagchi underlined that assigning 'invented' names would not alter the fact that Arunachal Pradesh was and will always be India's territory.

BJP fumes over Kalicharan's arrest; 'when will Cong arrest those who insulted lord Ram?'

The arrest of the Kalicharan Maharaj has created ripples in the politics of Raipur, where the BJP netas have pinned the blame on the Congress regime for organising the ‘Dharm Sansad’ and have also questioned them when will they arrest those who have insulted Hindu deities?

In an update to the alleged killing of 14 civilians by security forces in a firing incident, a special investigation team (SIT) of the Nagaland government on Thursday, December 30, interrogated the personnel of the Indian Army’s 21 Para Special Forces. In the tragic incident, Indian security forces had reportedly opened fire on civilians late on Saturday, December 4, in the remote regions of North-East state, that borders Myanmar.

The Congress party’s refurbished campaign of portraying itself as a pro-women party ahead of the 2022 assembly elections is under apprehensions as the party’s actions are not lining up with their words. Congress, who has been raising chants of ‘Ladki hoon, Lad Sakti Hoon,’ has come under the scanner after reinstating a party member who has been accused of sexual harassment.

South Africa wicketkeeper-batsman Quinton de Kock on Thursday announced his retirement from Test cricket hours after Team India defeated the Proteas in the first Test of the 3-match series at Centurion.

In an official statement from Cricket South Africa, De Kock cited his intentions to spend more time with his growing family for the timing and reason for his relatively early retirement from the format. He and his wife, Sasha, are anticipating the imminent birth of their first-born child in the coming days.