Deepika Padukone Accepts Drug Chats With Karishma; NCB Unsatisfied By Some Of Her Answers

Deepika Padukone admitted to the WhatsApp chats on drugs with her manager Karishma Prakash during their questioning by Narcotics Control Bureau on Saturday. 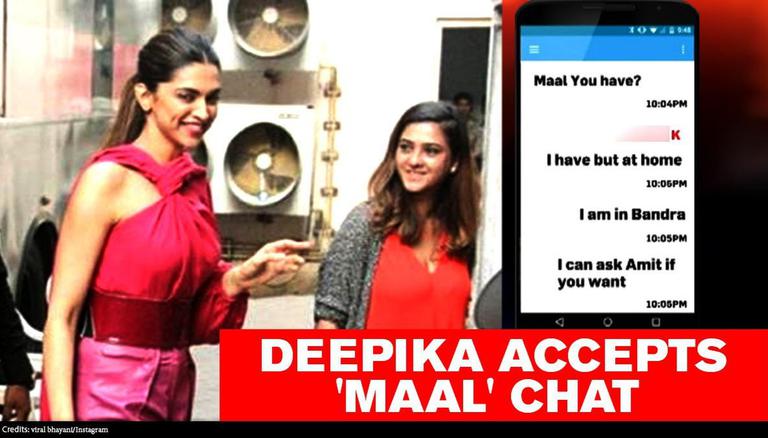 Deepika Padukone admitted to the chats on drugs with her manager Karishma Prakash during their questioning by Narcotics Control Bureau (NCB) on Saturday, sources said. They both were brought face to face and questioned about the chats from 2017, which the actor confirmed. The second round of questioning dawns on the duo as Deepika Padukone's unsatisfactory answers did not please the investigating agency.

They are both being confronted about the party at 'Koko', while KWAN's role is also under the lens. This comes after sources told Republic that Karishma told the NCB that 'hash isn't a drug.'

Deepika and Karishma Prakash were confronted with their chats from October 2017, where the former is heard asking for ‘maal’ and 'hash' from 'K.'

Here’s the thread of the conversation from October 28, 2017:

Meanwhile, KWAN, the talent management company that manages Deepika, is also under the lens. Earlier, talent manager Jaya Saha and the company’s founder partner Dhuv Chitgopekar too were questioned in the case.

Jaya Saha, in particular, is being termed as the ‘kingpin’ of the case, and authorities had stumbled upon the above chats during her questioning. Deepika and the other members of KWAN were part of the WhatsApp group name ‘DP+Ka+KWAN’ where Deepika was an admin.

Jaya Saha’s chats with Shraddha Kapoor have also surfaced, where the latter allegedly sought ‘CBD oil.’ The latter is being questioned at the NCB office, while Sara Ali Khan is also being grilled at the moment.

While Deepika is at the guest house, she is questioned at the main NCB office at Ballard estate area #viralbhayani @viralbhayani

The NCB took over the investigation of this case after the Enforcement Directorate found evidence of Rhea Chakraborty's involvement into drugs during its investigation into the Sushant Singh Rajput case. Rhea has now been remanded to NCB custody till October 6, while her brother Showik and Sushant’s employees like Samuel Miranda and Dipesh Sawant were also arrested.

Actors Abigail Pande and Sanam Johar too have been booked by the NCB after finding narcotics at their residence.  Actor Rakul Preet, producer Madhu Mantena have also been questioned by the NCB.