Days after the horrific mob lynching incident of three men in Maharashtra's Palghar district, 35 policemen in connection with the case have been transferred

Days after the horrific mob lynching incident of three men in Maharashtra's Palghar district, 35 policemen in connection with the case have been transferred. Palghar District SP Gaurav Singh issued the transfer order of 35 personnel including constables and ASI from Kasa police station to a different district as requested by the personnel.

Here is a copy of the order: 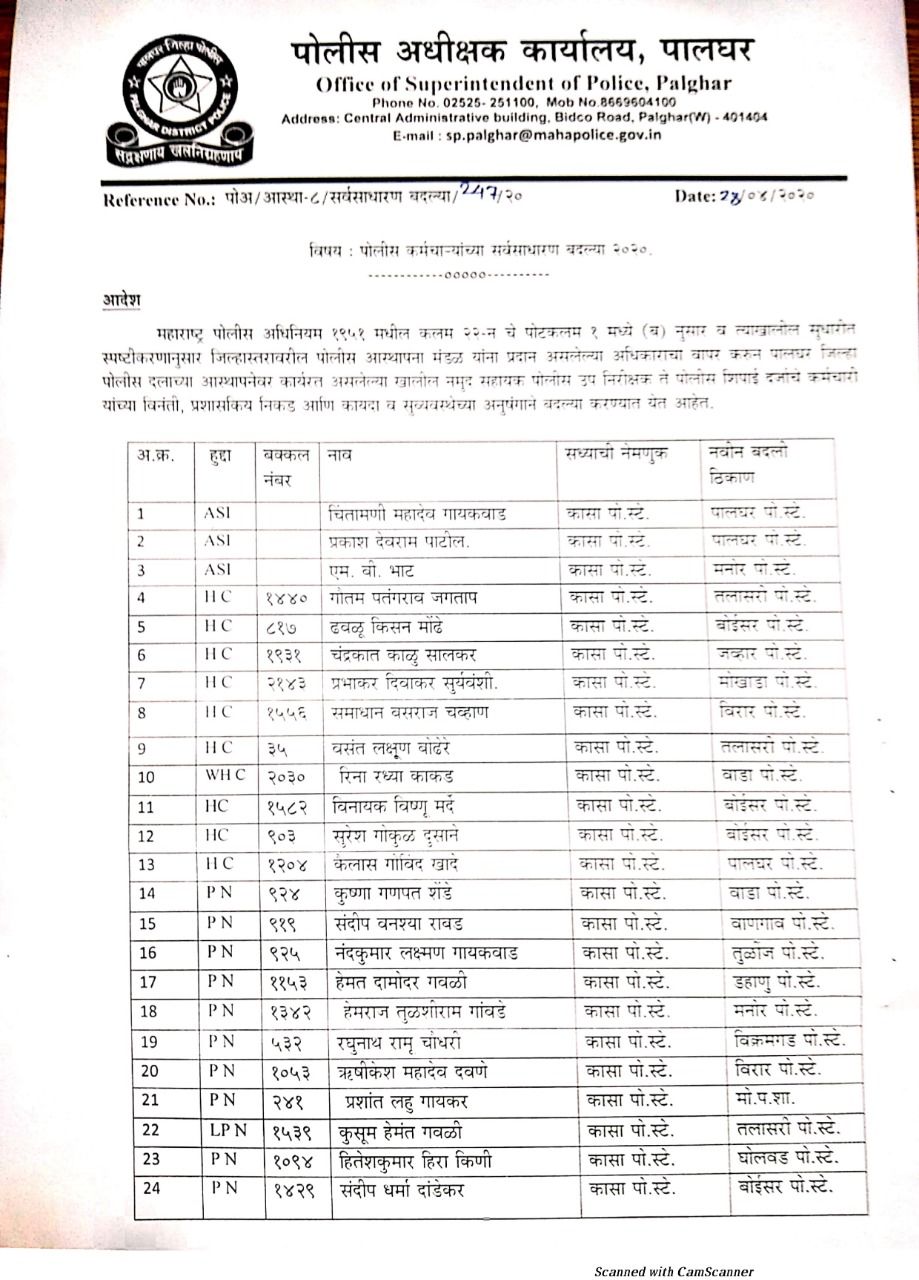 On April 16, three men were lynched to death by a mob of 200 people in Gadchinchle in Maharashtra's Palghar district. The three men reportedly from Nashik were travelling in a car when they were stopped by a group of men. A police vehicle from the Kasa police station was also attacked.

Reports state that the deceased men were identified as Sushilgiri Maharaj, Chikne Maharaj Kalpavriksha Giri and Nilesh Telwade. The mob reportedly pelted stones at the victims' car, before all three men were pulled out of the car and beaten with sticks and rods. Kasa police have arrested 110 villagers and cases have been registered under multiple sections of IPC.