Addressing the Lok Sabha on Thursday, Prime Minister Narendra Modi in his reply to the debate on President's Motion of Thanks gave a befitting response to Congress leader Rahul Gandhi's "Danda remark." Soon after PM's response, netizens lauded the speech by the Prime Minister and his timing.

The Prime Minister had said: "I was hearing the remark made by one of the Congress leaders that I will be lathi-charged within few months. I have been "Gaali proof" after hearing so much abuse. Now, I will do Surya Namaskar for six months and toughen myself up to bear the blows. I am humbled that they have announced it beforehand so now I will exercise and make myself fit for it."

PM Modi in Lok Sabha: I heard a Congress leader say yesterday that youth will hit Modi with sticks in 6 months. I have decided that I will increase my frequency of 'Surya Namaskar' so that my back becomes so strong that it can bear the hit of so many sticks. pic.twitter.com/DvQ2HjXjvy

As the Prime Minister gave a befitting response, netizens lauded his wit and choice of words: 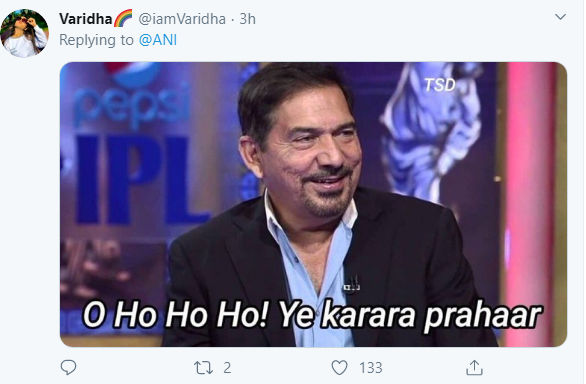