MasterChef Pankaj Bhadouria recently took to social media to reveal her new hair look. She got her hair lengths shortened and even got them coloured.

MasterChef Pankaj Bhadouria recently took to social media to show her new revamped look. In her new look, the chef has gone for a shorter hair look. In addition to this, MasterChef Pankaj Bhadouria even highlighted her hair with golden ombre highlights. She shared a boomerang video of herself playing with her hair giving her fans a view of the entire look. She even wrote, “New Look” along with the picture as she posted the same. There is no doubt that the new look suits her and she looks even more gorgeous. 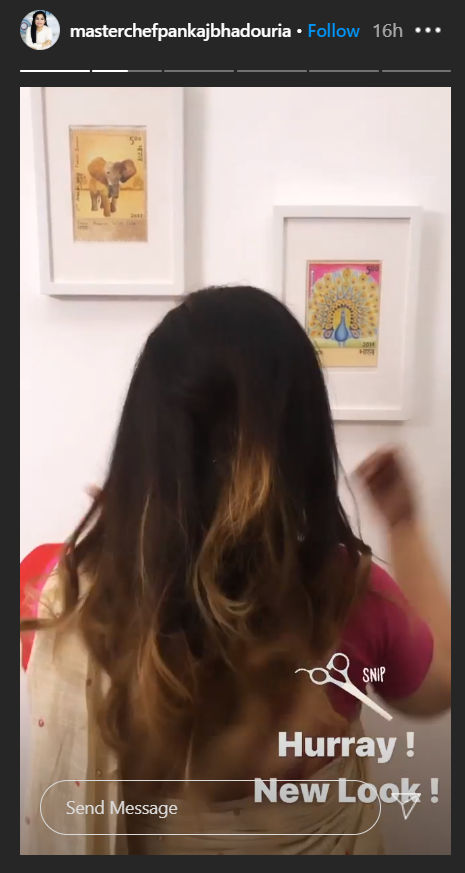 A post shared by MasterChef Pankaj Bhadouria (@masterchefpankajbhadouria) on Jun 10, 2020 at 12:42am PDT

LATEST NEWS
View all
4 days ago
Desi Hacks: Learn how to open coconut with these two easy ways
2 weeks ago
National Rose Day 2020: Rose cocktails you can prepare at home to mark this day
2 weeks ago
International Sushi Day 2020: Here's how the day is celebrated across the globe
2 weeks ago
World Tapas Day 2020: Read about the history, significane and importance of this day
2 weeks ago
Boycott Chinese food & ban restaurants that serve it: Ramdas Athawale's anti-China demand