India, known as the land of cultures and traditions, holds some strange, mysterious places that you must visit at least once. Read more about the unusual spots.

When it comes to travelling within India, you would never, ever complain of boredom. India is filled to bursting with loads of fun experiences, some of which border on the bizarre! Since India is known to be leaned towards some kind of superstitions, there exist a few of things and places that may seem strange to a non-resident citizen. From hills that pull cars up to motorbikes that are worshipped, India is home to quite mysterious places. For those looking for something unusual on their next trip, this incredibly diverse South Asian country has a myriad of such places up its sleeve that is sure to astound almost every traveller.

Karni Mata Temple is home to over 20,000 rats typically known as ‘Kabbas’. These Kabbas are said to be the manifestation of Goddess Karni Mata. They are highly regarded and are worshipped daily. If you visit this temple anytime soon, you will be amazed to see that these huge rats, the Kabbas, roam around freely in the temple and can be spotted drinking milk from a huge bowl. Every day, hundreds of devotees visit this temple, worship and feed the rats. There is a belief that if you see a white mouse, which do not usually show up, among these black Kabbas, you are lucky and receive Karni Mata’s blessings. Besides, killing or hurting the Kabbas is considered a sin. Reportedly, it is also believed that if you happen to step on these furry inhabitants and trample them, you have to purchase to silver or gold rat statue and offer it to the temple to atone for the sin committed. 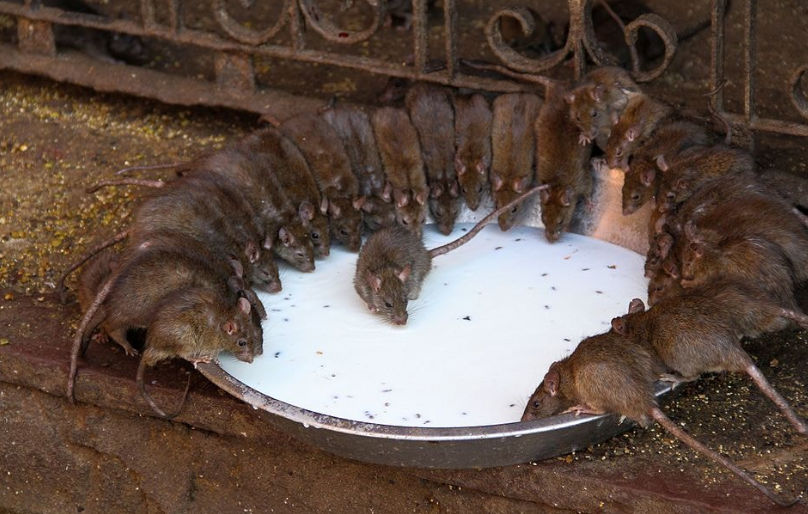 Wedding Essentials: List Of Things You Must Do Night Before The Ceremony

Magnetic Hill is located at an elevation of 3,352.8 meters. It is known to be one of India’s most unusual places. As the name suggests, it is famous for its magnetic properties that pull a vehicle uphill, even if the ignition is turned off. This unusual phenomenon is actually the result of an optical illusion created by the gravitational force of the hill. Owing to this unusual yet thrilling phenomenon, Magnetic Hill is one of the major tourist attractions in India. 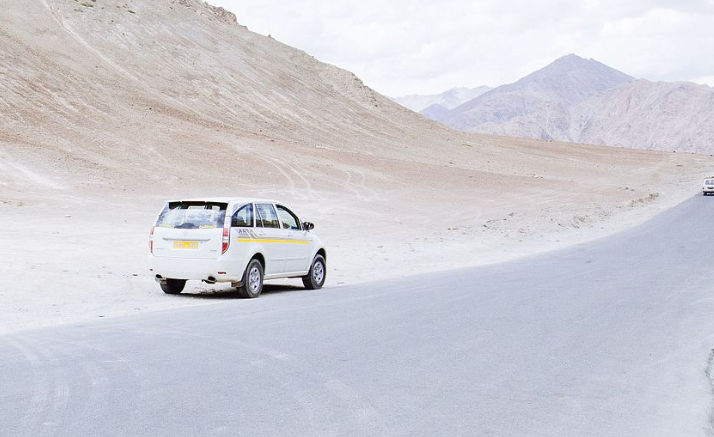 Facial Treatment: Home Remedies And What To Avoid After Getting A Facial Done

PEOPLE HAVE PLEDGED SO FAR
Rajasthan: Kota holds mesmerising Grand Canyon of India, Garadia Mahadev Temple
India women thrash Windies by 61 runs, Smriti Mandhana's maiden victory as a captain
'India for Humanity' event at US capitol on 150th death anniversary of Mahatma Gandhi
Holidays in India at these pool villas under only INR 15,000 a night
US Congressman Pete Olson praises India on abrogation of Article 370
Valentine's Day 2020: Weekend getaway for couples around Mumbai
Five incredible labyrinths in the world that you have to explore once in your lifetime
Resorts in Pune for couples to rekindle their romance this Valentine's Day 2020
DO NOT MISS
NITISH KUMAR 'SUBSERVIENT': KISHOR
AMAR SINGH-BACHCHAN PATCH UP
TRUMP SUPERFAN APPEALS TO CENTRE
PAWAR GIVES NEW TWIST TO ELGAR CASE
MUMBAI INDIANS WISH TENDULKAR
IND TO STOP IMPORT OF THERMAL COAL