BOS vs PHI Dream11: Boston Celtics and Philidelphia 76ers will face off in an NBA 2019-20 regular-season game. Both the teams will square off at TD Garden.

Boston Celtics and Philidelphia 76ers are all set to face off in an NBA 2019-20 regular-season game. Both the teams will square off at TD Garden on Saturday night (Sunday morning, February 2nd at 7:00 AM IST). You can play the BOS vs PHI match on the fantasy gaming app – Dream11. Here are the BOS vs PHI Dream11 predictions and squad details

Boston Celtics currently occupy the third spot in the Eastern Conference. They have played 47 games so far in the league. Out of which, they have won 32 games and lost 15 games. Their previous game was against the Golden State Warriors which they won with a scoreline of 119-104. While they might not be the favourites win the NBA Championship this season, the team will certainly continue to continue their 4 game winning streak to consolidate their position in the Top 3.

Meanwhile, Philadelphia 76ers occupy the sixth position in the Western Conference. They have played 49 games so far in the series. Out of which, they have won 31 games and lost 18 games. They played their last game against the Atlanta Hawks which they went on to lose 117-127. They have registered 3 wins in their last four games. In spite of losing their previous game to Hawks, 76ers will be looking to upset Celtics on their own court and look to keep themselves in contention for a spot in the playoffs.

Also Read: Paul George Considers Changing His Jersey Number From 13 To 24 In Honour Of Kobe Bryant 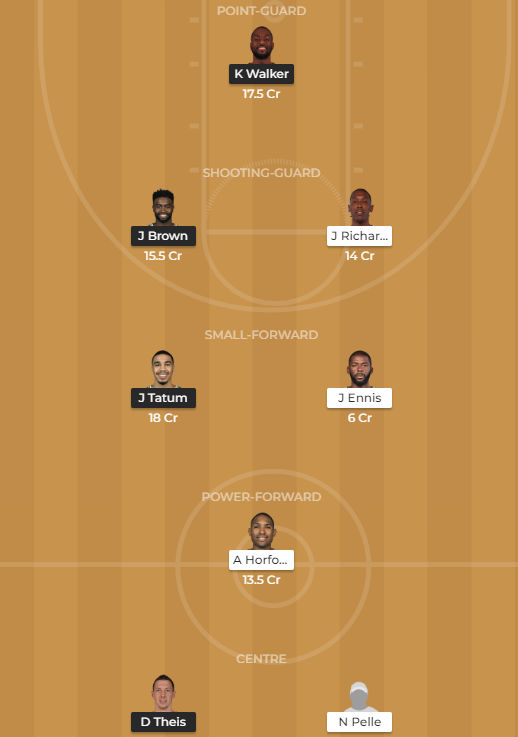 Boston Celtics are favourites to win the game

Note: The BOS vs PHI Dream11 predictions are our own and do not guarantee positive results in your games.