The Indian cricket team is scheduled to have a jampacked year ahead, as per the schedule announced by the Board of Control for Cricket in India (BCCI). 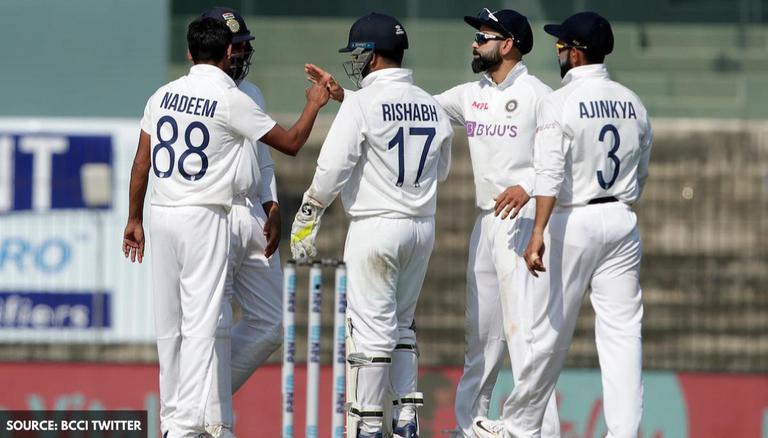 The Indian cricketers were on an extended break last year because of the COVID-19 situation in the country, They were finally back in action with the 13th edition of the Indian Premier League, and flew to Australia soon after for an away series. The team's first home assignment also commenced with India vs England 1st Test, and the players have been on the road since the resurgence of international cricket in the country. According to the India cricket schedule 2021 announced by the Board of Control for Cricket in India (BCCI), Team India has a jampacked year ahead as well.

Cricket amidst the coronavirus pandemic has led to a number of changes, especially when it comes to the players' travel. The introduction of the bio-bubble has proved to be an additional challenge for the players. While many international stars have been vocal about the importance of taking time off the game during such dire circumstances, the Indian cricketers seem to have no respite, as Virat Kohli and co. are likely to play non-stop cricket till March 2023.

Joe Root won the toss on Day 1 and elected to bat first. The visitors have showcased exemplary batsmanship for far to gain an upper-hand in the contest. At the time of writing this report, England have posted 549 runs on the board for the loss of 8 wickets. Skipper Joe Root smashed a fantastic 218, whereas Ben Stokes (82) and Dominic Sibley (87) also contributed significantly.

Congratulations to @ECB_cricket Captain @root66 on his fine double hundred in his 100th Test! @Paytm #INDvENG