Harbhajan Singh on Thursday took to Instagram to upload a picture of himself alongside actor Akshay Kumar where the duo can be seen hugging each other.

Indian off-spinner Harbhajan Singh on Thursday took to Instagram to upload a picture of himself alongside Bollywood actor Akshay Kumar. The duo can be seen hugging each other in the picture in what appears to be a snap after a game of cricket. Harbhajan Singh captioned the photo, "Shera di kom punjabi@akshaykumar paji see you soon again for a 🏏 match.."

Harbhajan Singh has often been quoted using Akshay Kumar's 2008 starrer Singh is Kingg in many interviews as he is a proud Punjabi with the same last name. Fans were in awe of the picture as they were soon seen flooding the comments section with compliments. Let us have a look at a few of the comments on the picture. 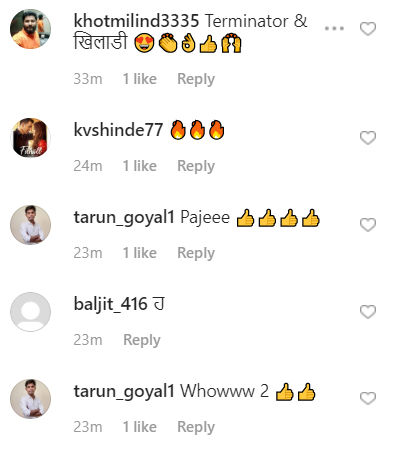 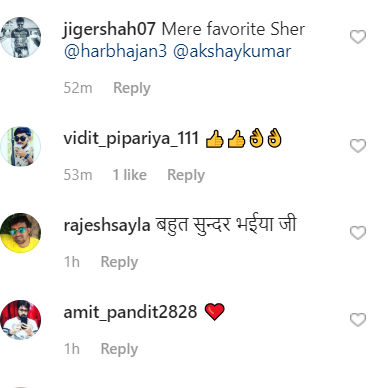 Harbhajan Singh, who shares a close bond with Sourav Ganguly, narrated a heartfelt story in a quiz show hosted by Sourav Ganguly named "Dadagiri". He revealed how Ganguly resurrected his cricket career by picking him for the home series against Australia back in 2001. Harbhajan Singh said that he was dropped for a long time and was discarded by the National Cricket Academy (NCA) before the Australia series due to which he was in the lowest phase of his life. He added that if it wasn’t for his captain Sourav Ganguly, then he would have probably settled down in Canada like many of his friends. He went on to thank Ganguly for supporting him throughout his career.

Harbhajan Singh further said that he didn't have many options in that series and he had to pick wickets otherwise it could have been his last series for India. Anil Kumble, who was then the leading spinner for India, was injured and that paved the way for Harbhajan Singh's entry into the team. The off-spinner justified his selection in the first test in Mumbai as he picked up four wickets in the first innings. But his moment of glory came in the second Test in Kolkata when he went on to claim a Test hat-trick and became the first Indian bowler to do so.