India's star opener Rohit Sharma, who is currently nursing his calf injury got hilariously trolled by Harbhajan Singh after he posted a video of his workout

In a major relief for cricket fans, Rohit Sharma, who has currently sidelined due to a calf injury, took to Instagram to share a video of him lifting weights at the gym. The star opener was ruled out of the ODI and Test series against the Kiwis.

While many fans urged him to get better soon and wondered if the video hinted at a return, former cricketer Harbhajan Singh had a different concern. Trolling the hitman in a friendly manner, the spinner commented, "Only 40 kg for this ?? Common shaana,"

Responding promptly in his defence, the hitman wrote, "that's because it's my first day after injury with weights." 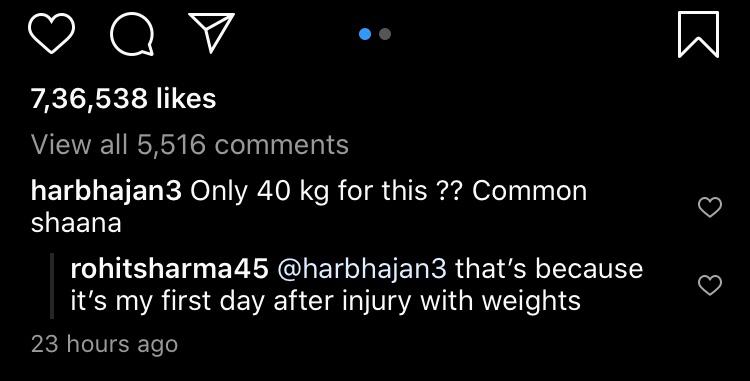 Rohit Sharma, who is currently on his road to recovery will be aiming to come back in time for the ODI series against South Africa in March, followed by the Indian Premier League.

Rohit Sharma's wife Ritika Sajdeh on Tuesday shared an adorable boomerang video of her husband and daughter Samaira. Rohit and Ritika Sajdeh, who got married in 2015, gave birth to a baby girl on December 30, 2018. 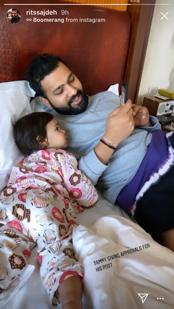 On a scale of 1 to 10, how cute is Rohit’s new social media manager? 💙#OneFamily #CricketMeriJaan @ImRo45 pic.twitter.com/8W3EEFzAXg