Rohit Sharma, who is out of India's Test squad with a hamstring injury, took to Instagram on Friday to share an adorable picture with wife Ritika Sajdeh.

With Valentine's Dday fervor around, India's star opener Rohit Sharma, on Friday, shared an adorable picture with wife Ritika Sajdeh as he wished his fans on Valentine's Day. Rohit is currently sidelined due to an injury that he picked up during the T20I series against New Zealand and was ruled out of the ODI and Test series.

Taking to his Instagram, Rohit shared a photo with Ritika on Instagram and wrote, "Happy valentine's day everyone. Love your loved ones like there is no tomorrow."

The duo met when Sajdeh was working as a sports manager and also managed Sharma during his budding career. They eventually started dating each other and the phase lasted for six years before the couple tied the knot in 2015. The couple now parents their daughter Samaira, who can often be seen in the stands while Sharma hits those big sixes.

Furthermore, Ritika also posted a picture on her Instagram story where the couple can be seen with their daughter Samaira. 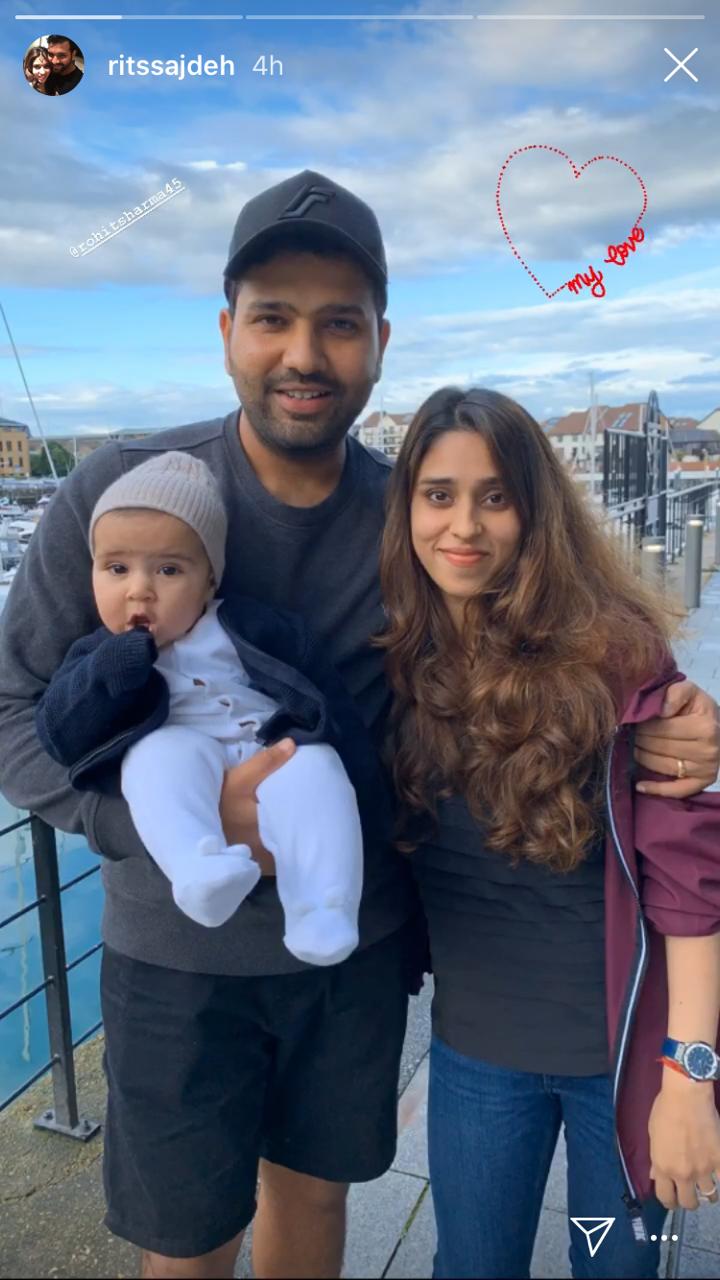 Ace Indian cricketer Hardik Pandya has joined the league as he took to his Instagram account earlier on Friday and shared an adorable picture of himself with his fiance Serbian actress Natasa Stankovic. The caption of the loved-up picture of the couple reads, "My Valentine for life ❤️" and has been adored and liked by fans of the duo.

The speculation about their alleged love-affair began when Hardik Pandya and Natasa posted similar pictures from the former's swanky red car. Excited fans took to the comment section to ask if the duo were 'together'. Their post came days after the Serbian actress posted a heartwarming birthday wish for her 'best friend' Pandya.