South African speedster Kagiso Rabada picked up the 200th wicket of his Test career en route to claiming figures of 3-70 against Pakistan on Day 3. 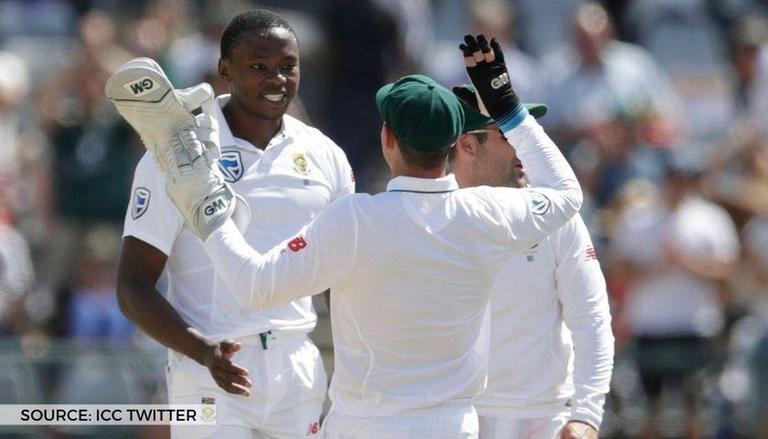 South African speedster Kagiso Rabada dismissed Hasan Ali on Day 3 of the ongoing Karachi Test match to claim his 200th Test wicket. The cricketer finished with figures of 3-70 off 27 overs and he was ably supported by fellow pacers Anrich Nortje and Lungi Ngidi with two wickets each. Despite Rabada’s impressive three-fer, the hosts gained a sizeable 158-run lead over South Africa.

Kagiso Rabada managed to pick up his 200th Test wicket in just the 44th match of his Test career. In doing so, he became the seventh quickest ‘pace bowler’ in the world to get to the milestone. Pakistan’s Yasir Shah, who is a leg-spinner, leads the pack as he reached his 200 wickets in just his 33rd match.

Remarkably, Kagiso Rabada is now an owner of a rare world record among bowlers with 200 or more Test wickets. With a strike-rate of 40.8, the right-arm fast bowler has the best strike-rate in the history of Test bowlers with a 200-wicket cut off. He broke the record of former South African Test star Dale Steyn, who held a bowling strike-rate of 42.3 while collecting 439 wickets across his 93 matches.

He is the third-fastest South African to reach the milestone, achieving it in his 44th Test 👏#PAKvSA pic.twitter.com/eXaZJTZCUb

At the time of publishing, South Africa reached 126-1 from 53 overs. Opener Aiden Markram (54*) was batting alongside No.3 Rassie van der Dussen (37*) as the Proteas were trailing Pakistan by another 45 runs. Earlier, Pakistan posted a mammoth 378 on the back of Fawad Alam’s 109 to gain a 158-run lead over the visitors.

Also Read | IPL 2021 Auction To Be Held On February 18 In Chennai, One Day After India Vs England Test

Kagiso Rabada was among the 19 cricketers to be retained by the Delhi Capitals franchise for the upcoming Indian Premier League 2021 (IPL 2021) season. Here is a look at the list of all 19 of Delhi Capitals retentions ahead of the IPL 2021 auction.

Back where they belong 😌

Here is the list of all the DC Stars who'll ROAR with us in #IPL2021 as well 🔥#YehHaiNayiDilli #IPLRetention pic.twitter.com/4Z3HusQwaD